It was a very early morning wake up call.  After quickly getting ready, I made it to the top deck, and in the distant we were graced with Leon Dormido, a sheer walled tuff  cone where Boobies and tropic birds nest. It was like seeing Uluru but on water. As the boat slowed, it moved along a semi-circular path,  to our left out on the horizon the sun was slowly waking up and bathing the Leon Dormido in a warm glow, full of the hues of orange and yellow. Just pure bliss to see. There were wisps of clouds in the air, the skies were blue. This was one of this picture moments and I had my camera ready and was taking photos from all angles and filming. It was like when you have one of those dreams of a landscape so ethereal you think it can only ever exist in your imagination.  But here it was … real, and i was seeing it with my own eyes, and sharing it with other like minded people and the crew. It was magical. As the sun was climbing, we circled it a few times and after we had all had the chance to pick up our mouths from the deck, we made our way downstairs to breakfast. 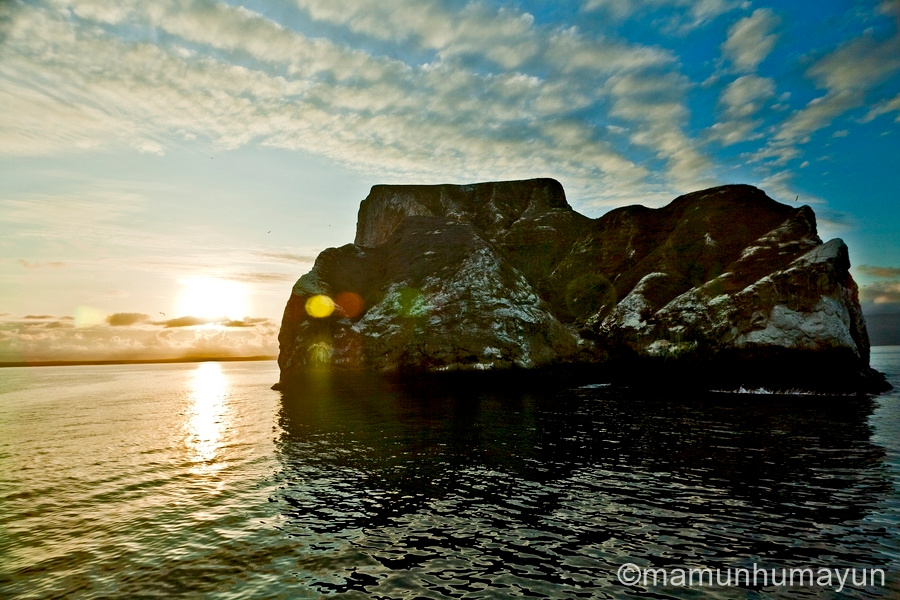 Today we would be visiting the interpretation centre on San Cristobal, to learn more about the islands and their history. Afterwards we had time in the town for some souvenir shopping and generally relaxing. I took this time to stock up on some batteries (just in case) and sun tan lotion, as I was worried I would get burnt in the searing heat. The excursion today was to visit Loberia for those who wanted to go. I decided to hang around on San Cristobal til the late afternoon.  It was also today that I phoned and wished my sister a very happy birthday, all the way from the Galapagos.
In the evenings on the main deck where we would have dinner, we’d watch movies and generally hang out, on the wall at the back next to the bar was a whiteboard on which the crew would draw a daily picture depicting what and where we would visit. It was a nice touch and always made us smile. The artwork was amazing, I was impressed, it was something to look forward to when you woke up each day. 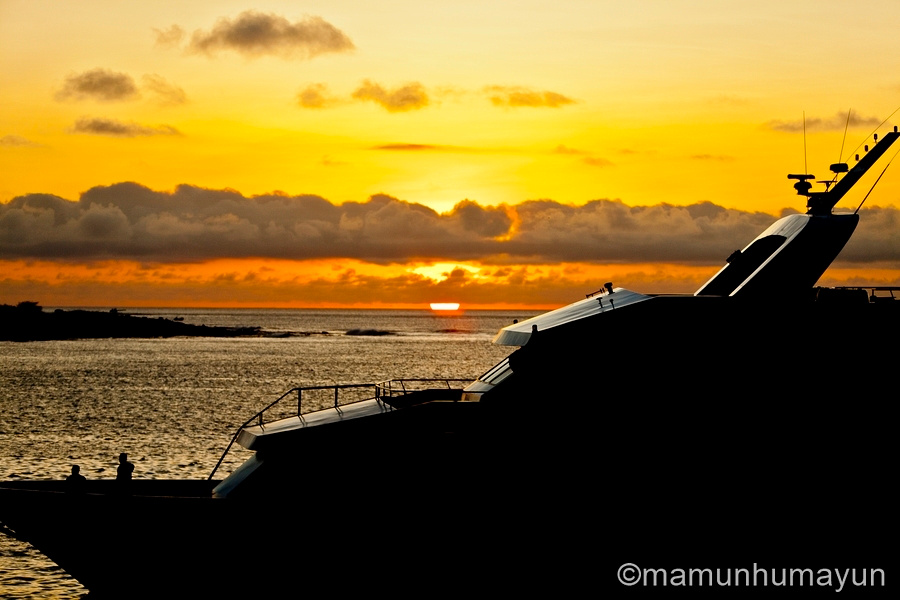