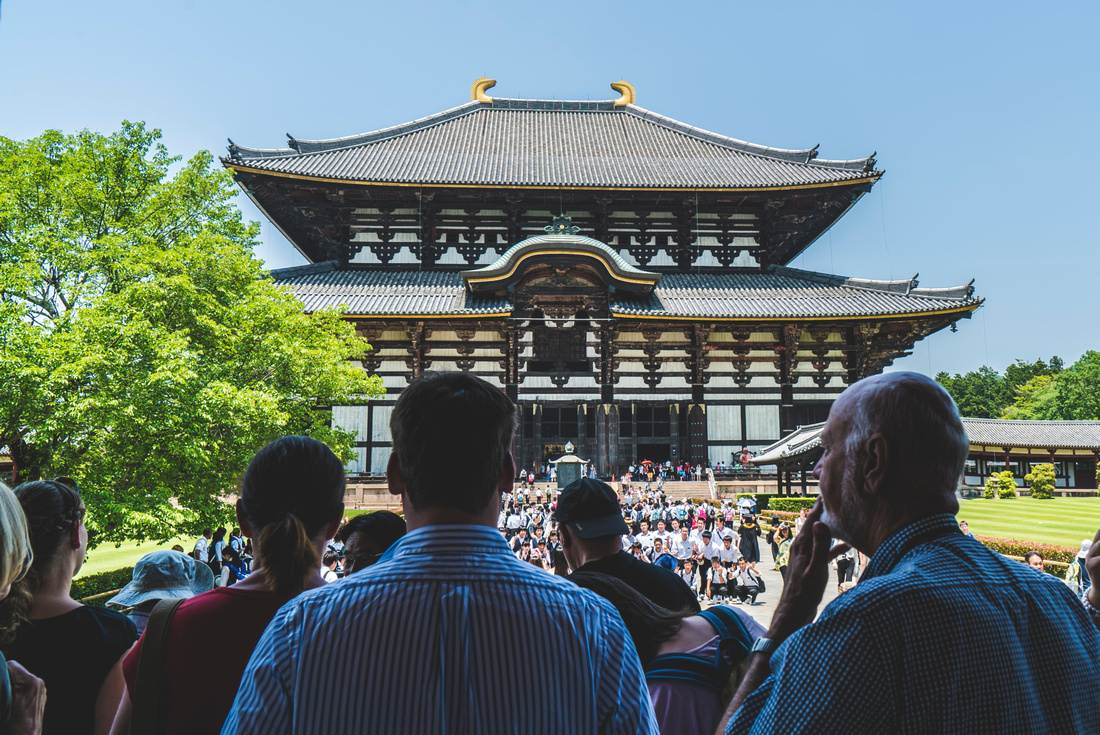 The lasting image I have from my first visit to Nara back on 2005 is the massive Big Buddha Statue at Todaiji. For me it was so imposing, looking up and having to lean back when you were up close to it. It was also majestic to look at. The fact you can't see clearly or properly when you're walking towards it, it's not only when you climb the steps and step over into the temple. It's here that when your eyes adjust, you seem to see something appearing out of the shadows and then bam! your eyes finally see it, you will be amazed.

Todaiji's main hall, the Daibutsuden (Big Buddha Hall) is the world's largest wooden building, despite the fact that the present reconstruction of 1692 is only two-thirds of the original temple hall's size. I had to get my head around that! It's one impressive piece of engineering. To visit and see the Daibutsuden Hall, it will cost you 500yen , well worth it and you won't be disappointed! It's something to behold seeing this giant structure up close and personal, it truly does make you feel small.

When approaching Todaiji stands the Nandaimon Gate. It's a large wooden gate watched over by two statues. Representing the Nio Guardian Kings, the statues are designated national treasures together with the gate itself.

The other thing that people should know about Nara is of course, the wildlife, especially the deer which roam the Nara Park which is opposite Todaiji. As a public service announcement, these deer are wild. Though they may look tame and cute, you will notice signs around the park warning visitors that the deer are wild and to take care. The deer will gravitate towards you as they think you will give them shika senbei, special crackers for deer that are sold for around 150 yen.

You could easily spend a whole day in Nara, exploring the smaller temple halls around Todaiji complex but if you are pressed for time, then half day will be just as fine.

Check out my 4K timelapse I filmed on my visit to Nara below. 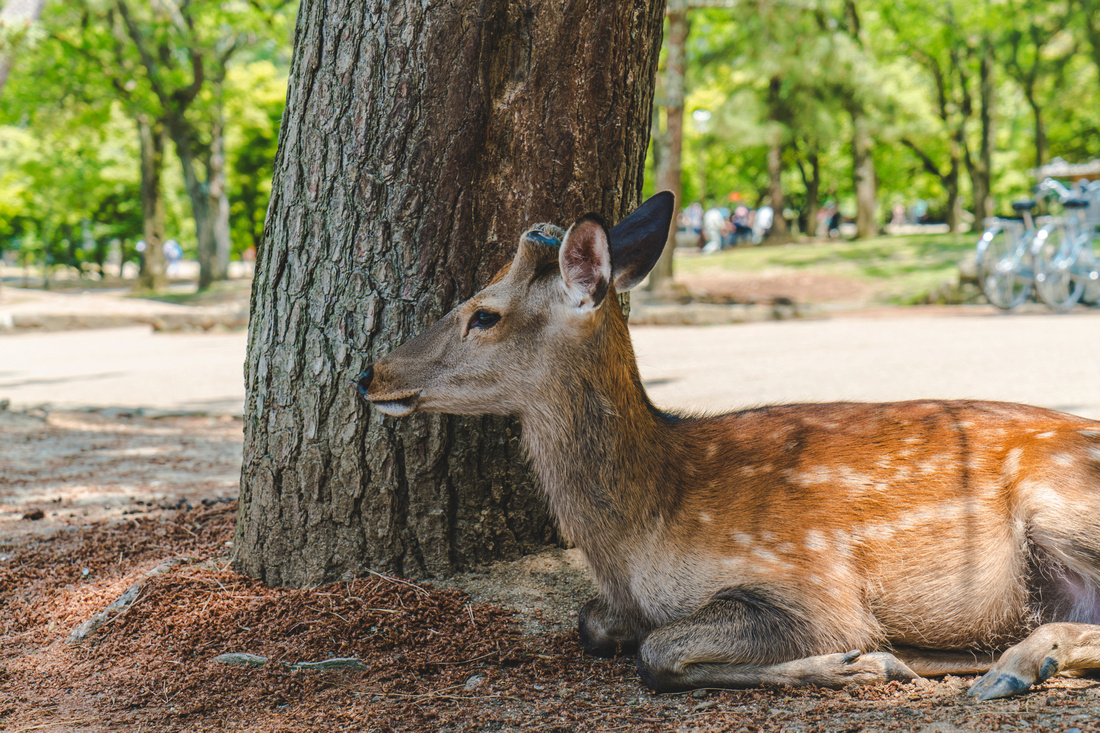 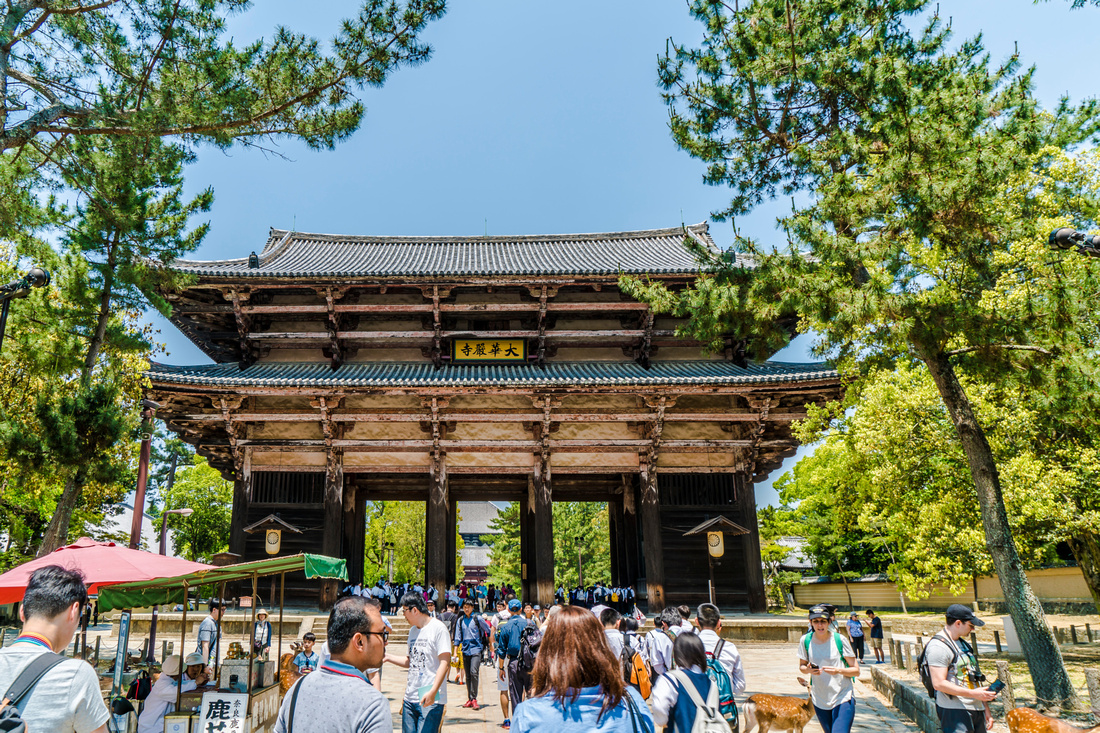 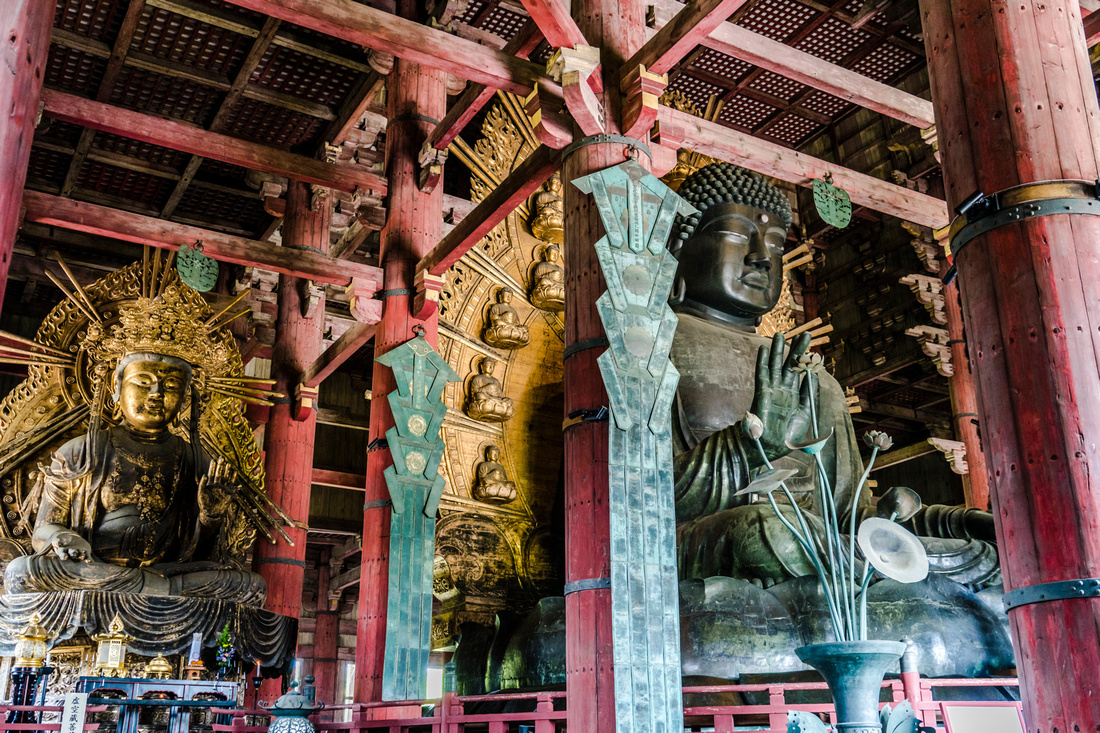 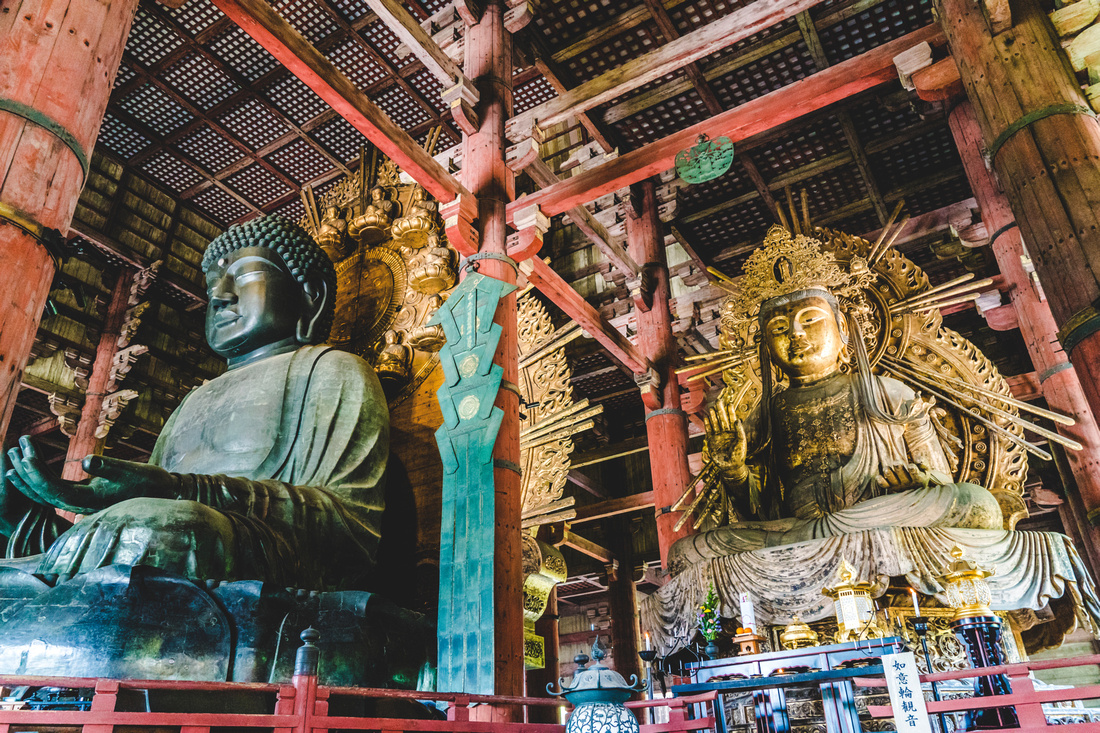 On the back of the 10 yen coin is the Phoenix Hall in Byodo-Inn. Like with many architectural gems located in Japan, this is also regarded as being Japan's most beautiful building. That becomes a problem when travelling in Japan, just when you thought you found the most amazing building another one will surpass it, but bottom line is the country is full of awe inspiring buildings.

Byodo-In Temple is located in Uji which is you can get to on the JR Nara line. So if your coming back from visiting Nara, I would suggest you stop off at Uji to take in Byodo-In temple which is only a 10-15 minute from the station and is clearly sign posted.

Byodo-In was also suggested to me by InsideJapan Tours who organised my trip to Japan and I'm glad I took it on board. It costs 600yen to enter the temple grounds and the museum. If you wanted to view inside the Phoenix Hall, then an additional 300yen can be bought from inside the grounds.

When I visited, there was a school load of children admiring the temple. First thing you should do when you pay your entry ticket is to take the left hand path around the lotus pond and just admire the full view of the temple, see how its reflected in the pond. Its pretty amazing. It's from here that if you happen to have a 10yen coin in your pocket then you might want to compare it with the actual viewpoint. As its this view of the Phoenix Hall being shown on the coin.

Check out my photos 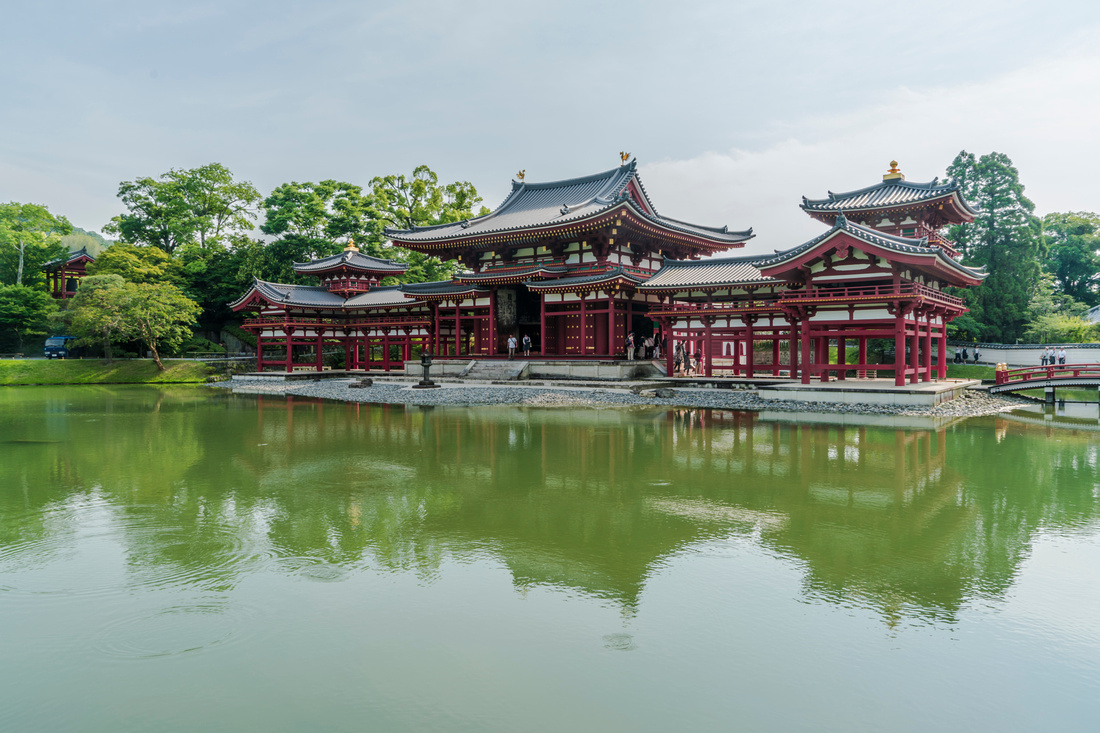 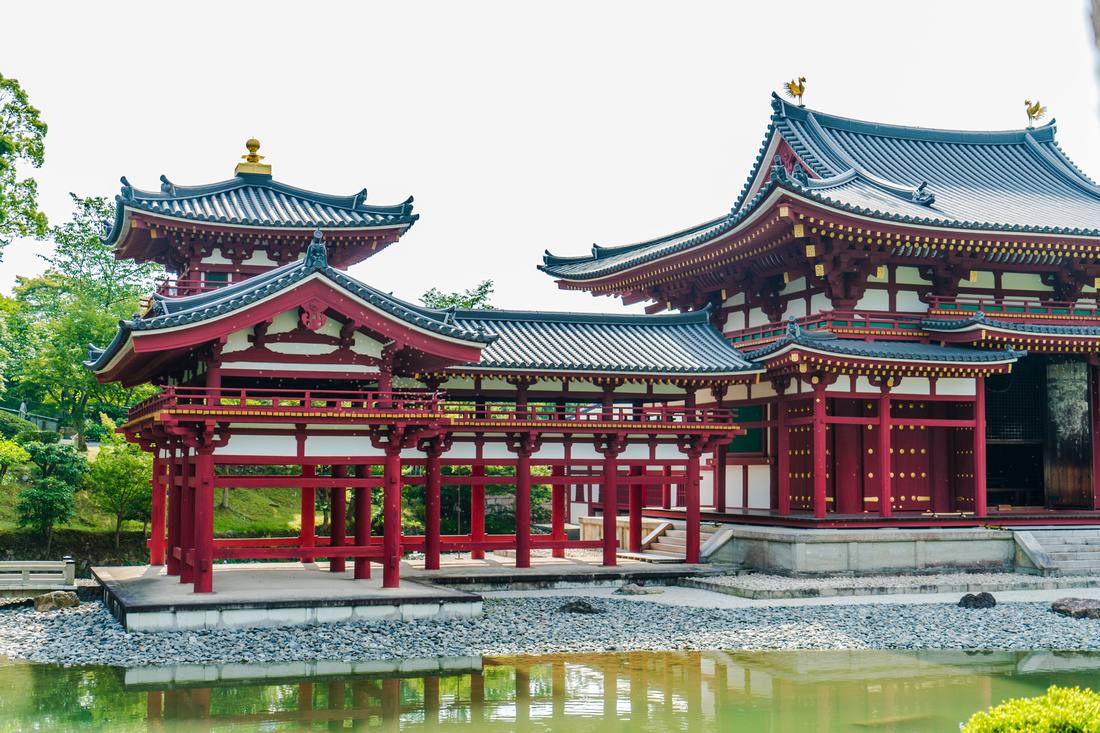 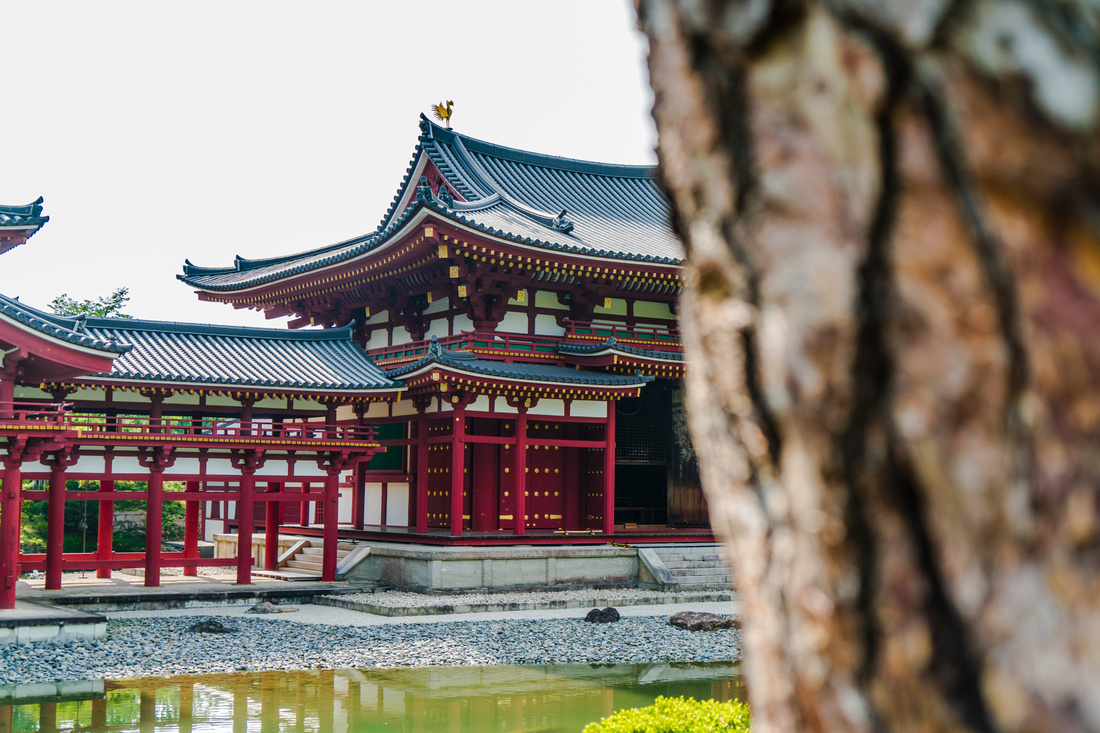 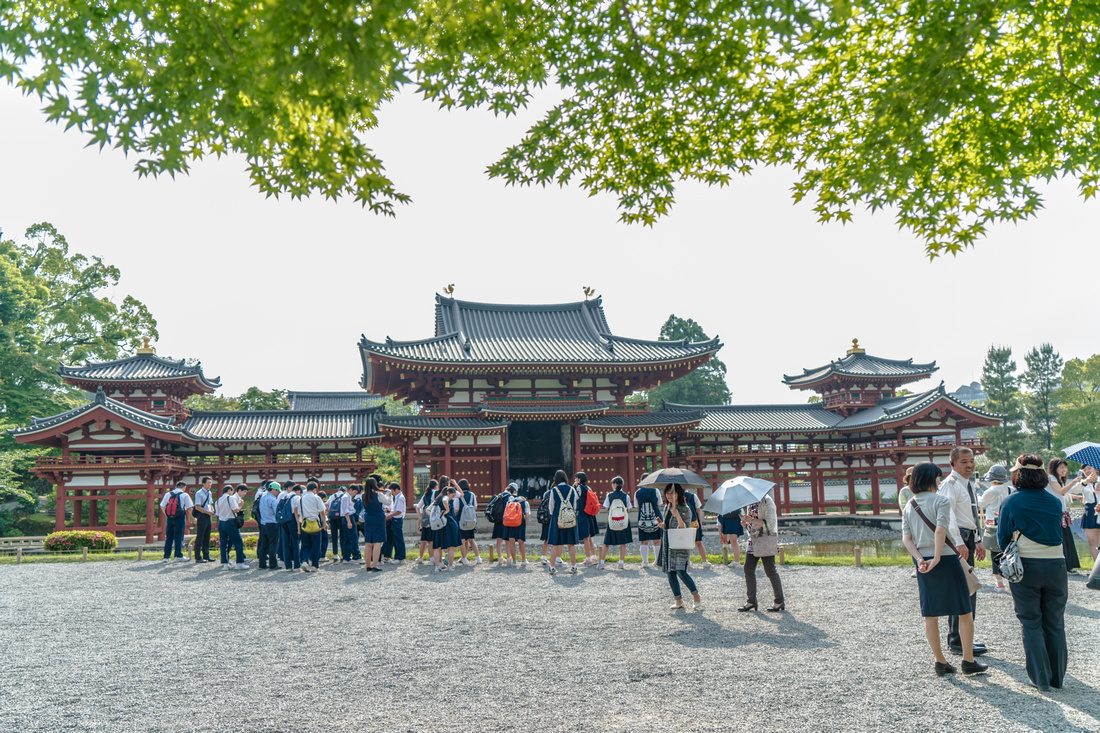 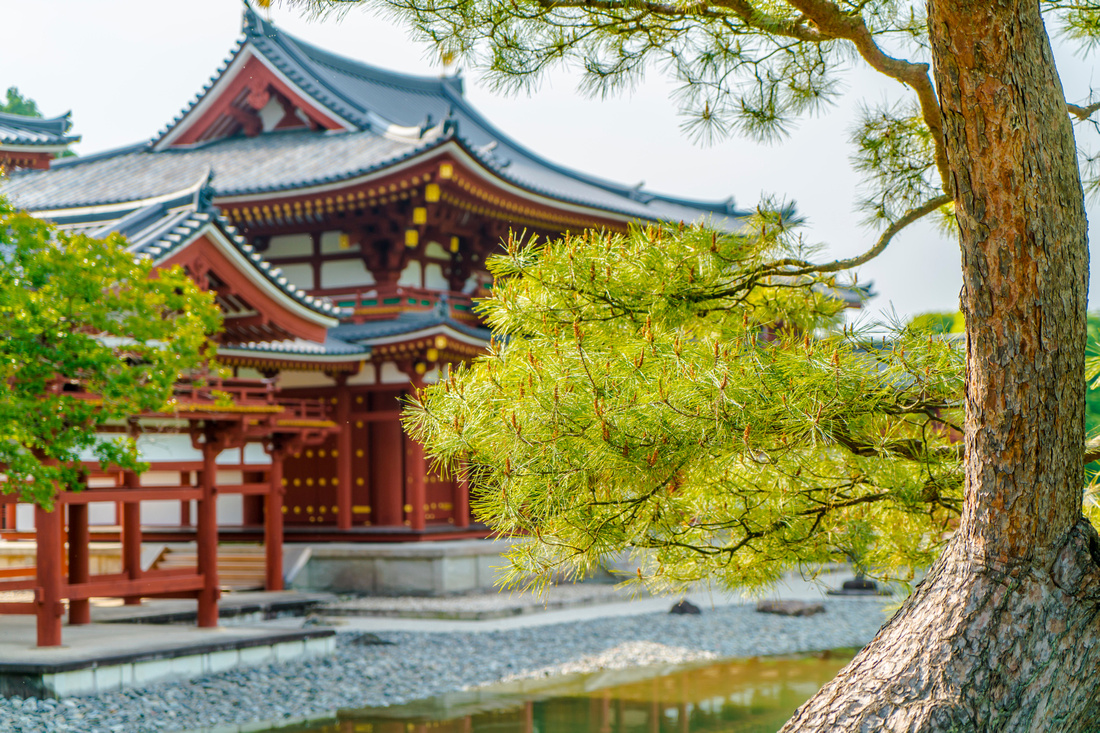 Check out my daily vlog below of my visit to Nara and Byodo-In.