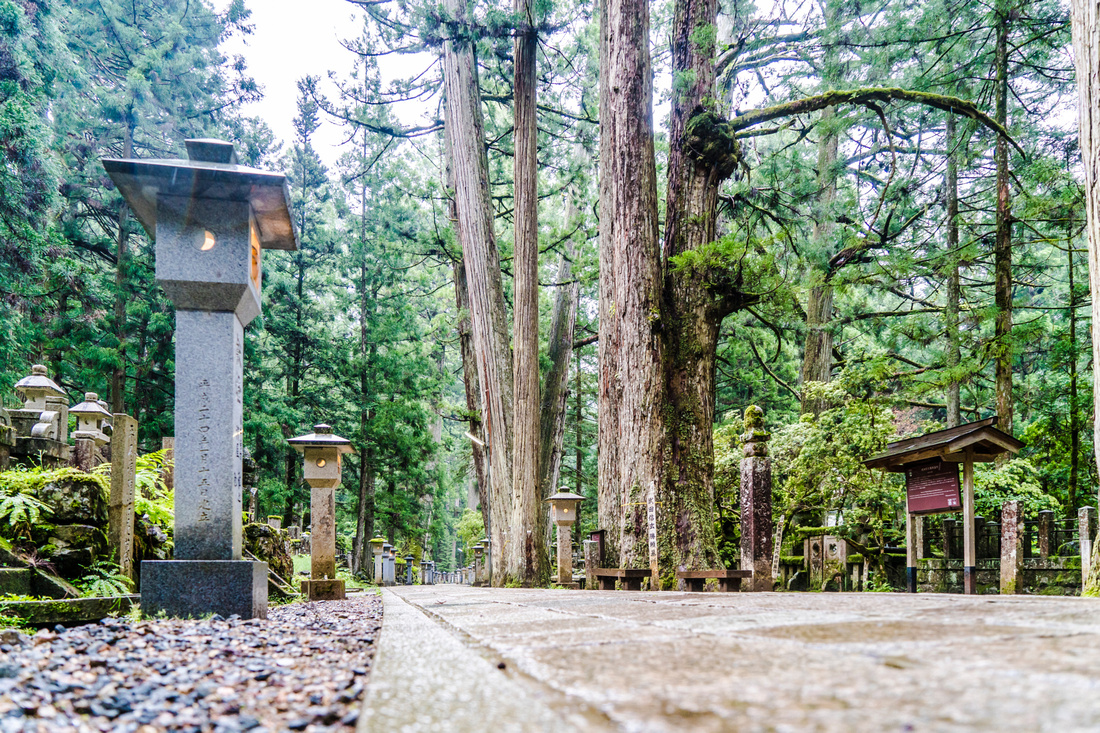 There are some things when travelling that you can do on the spur of the moment, you've heard the saying about travelling that 'just go where the wind takes you'. Well that may work well in some instances but not all. As much as I love to travel and wake up and just explore, at times a little planning does go a long way and actually enhances your time and experience of travelling.

First off, I had seen a photo taken in Mt Koya online and it was really that photo that made me want to see this place. It looked other-worldly, majestic, from a time not of this planet. I researched online to see exactly where Mt Koya is located and if it was easy to get to. Frankly, no is the answer regarding if it's easy to get to. As it took me nearly 3hrs taking 3 trains, a cable car and then a bus. To some people reading this, you're probably thinking that's nothing, but what adds to the journey is the challenge in reaching the area. It also didn't help the fact that I was travelling solo and had 4 bags with me (mostly camera gear). But I wasn't deterred and the great folks at InsideJapan Tours made sure my journey there would go smoothly (it did!).

Mount Koya was originally a monastery built away from Kyoto. It is now a city with over 100 temples along with universities dedicated to religious studies. More so, it is a very important meditation place for many pilgrims from all over the world. Not forgetting that it is the start and end point of the 88 temples of Shikoku’s pilgrimage.

Arriving in Mount Koya, I instantly knew I would fall in love with the place, my image of Japan is mostly that of the bright lights of neo-Tokyo. In Mount Koya you knew you were in the Japan of old, a time of the past that is present. Seeing temple buildings that to my senses they were steeped in history. More so life seemed way slower pace compared to the hustle and bustle of Tokyo, just the act of being there was amazing.

I stayed at Ekoin Temple for 2 nights. Most people opt for 1 night, but I would suggest 2 nights to get most out of your time in Mount Koya. Plus you've spent so much time getting there, it would be a shame to leave the next day. I was surprised by my room, very simple and sparse but in a good way. Now before I go on, when it comes to hotel rooms etc, I just want a place to rest, I'm not too hung up about if the room has a fridge, tv, internet etc or if the wallpaper is at least from circa 2005. I enjoyed the fact that monks would come in and make my bed. I found this interaction culturally important as it forced me to make conversations with them and find out more about them.

Speaking of which, the monk that was assigned to my room, his name was Yuta and he would also serve me my breakfast and dinner. Through our conversations I found out that he actually lived in Manchester (UK) for 6 months and I was impressed by his grasp of the English Language. He told me that as part of their training to become monks, they are offered to experience living elsewhere for 6 months to see how others live as to make them better understand the world as a whole. I got on so well with him that as I gave him a gift which was a small photo book of my photos which he took with a smile.

One of the highlights for me staying at Ekoin Temple was the chance to attend the morning prayers and the Goma fire ceremony which was an experience I will never forget. I would urge you to do the same, get up early, be ready and participate. Check out my vlogs to see what I experienced and to give you a sense of what to expect.

The food offering was something else, I'm not a foodie or food connoisseur but the breakfasts and dinners that were made and delivered to my room was just exquisite and tasted amazing on my dull palate that was my tongue. Also the food served at Ekoin is Syojin Ryori (Buddhist vegetarian cuisine).

The second highlight for me was Okunoin cemetery which is a 5 minute walk from the temple. It is also from Ekoin Temple that you can do night tour of the cemetery. One of the monks will take you on a walking tour explaining the history of the cemetery along with interesting facts.  The cemetery is lined with great tall ceder trees and on either side of the paths are shrines, some small, some large, but walking through Okunion cemetery which is the largest in the country with  estimated 200,000 graves, but a site which is sacred to the Shingon School of Buddhism, being where the mausoleum of the sect’s founder, Kukai or Kobo-Daishi, is located and where he is said to lie in eternal meditation. The cemetery, together with the mausoleum at the end of a 2 kilometre walk through the cemetery is in fact a pilgrimage site for Shingon Buddhism, one of the mainstream schools of Buddhism in Japan. 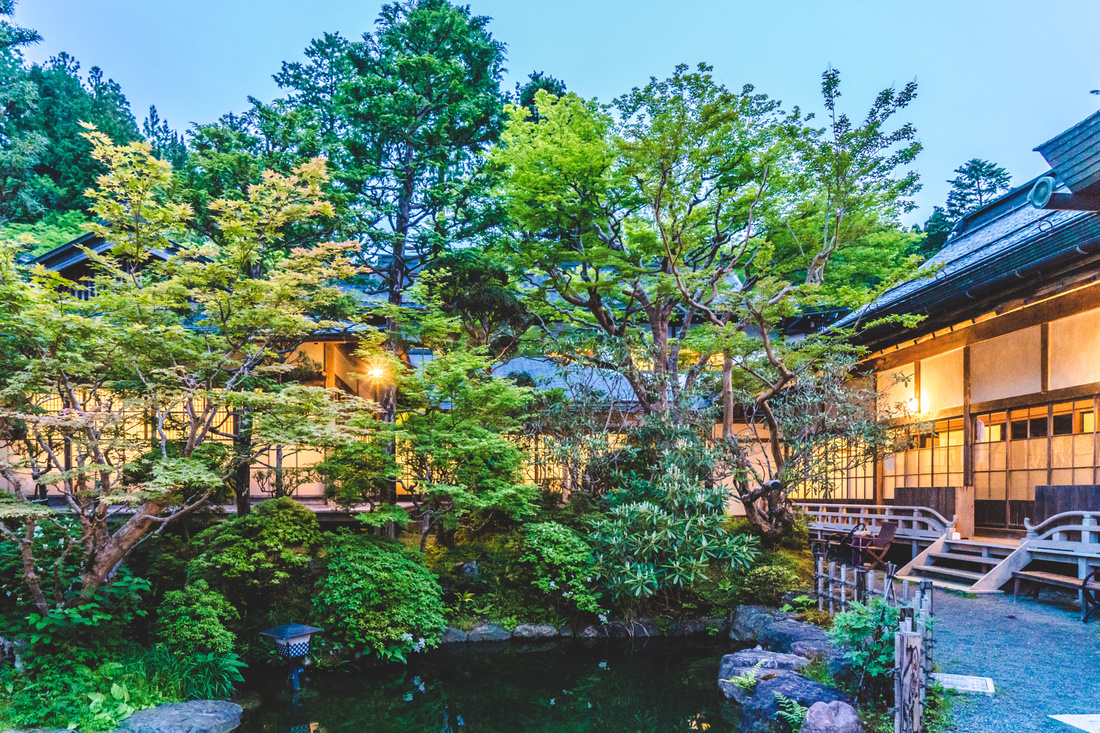 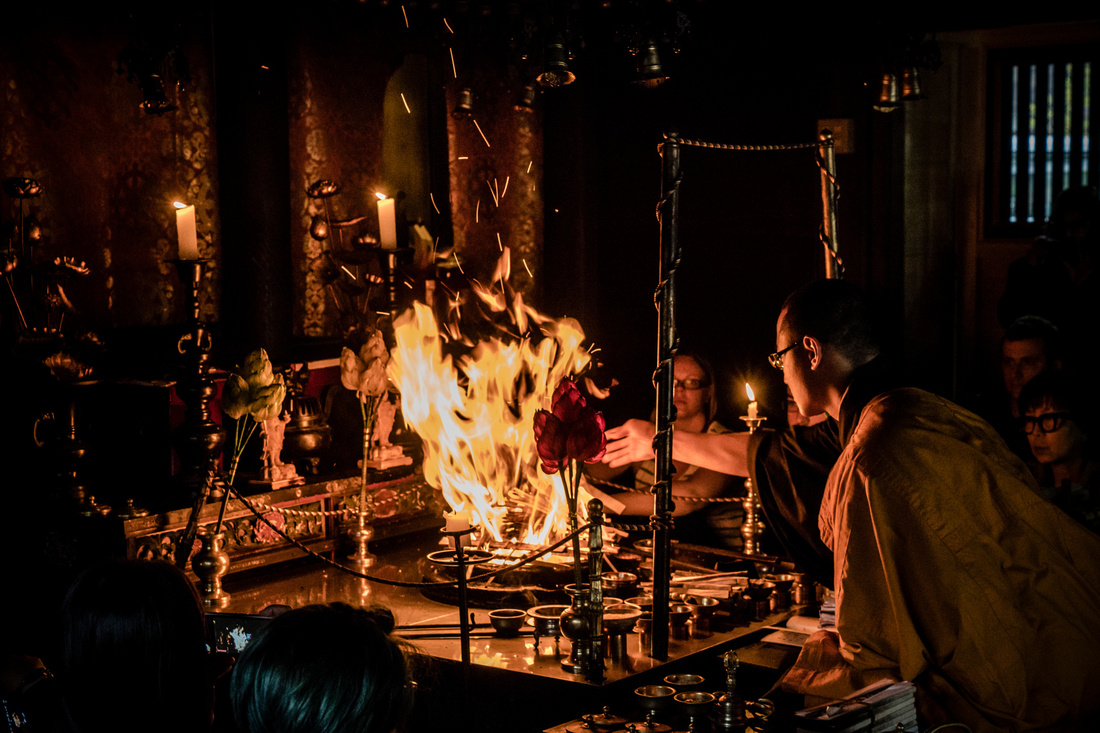 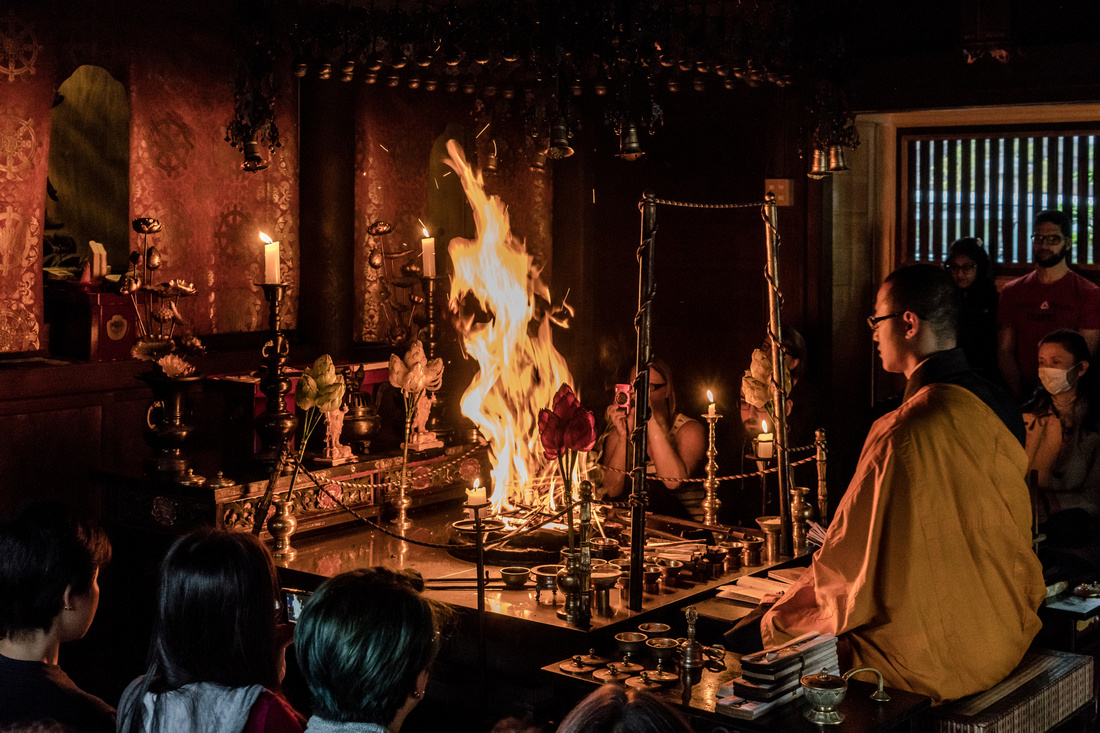 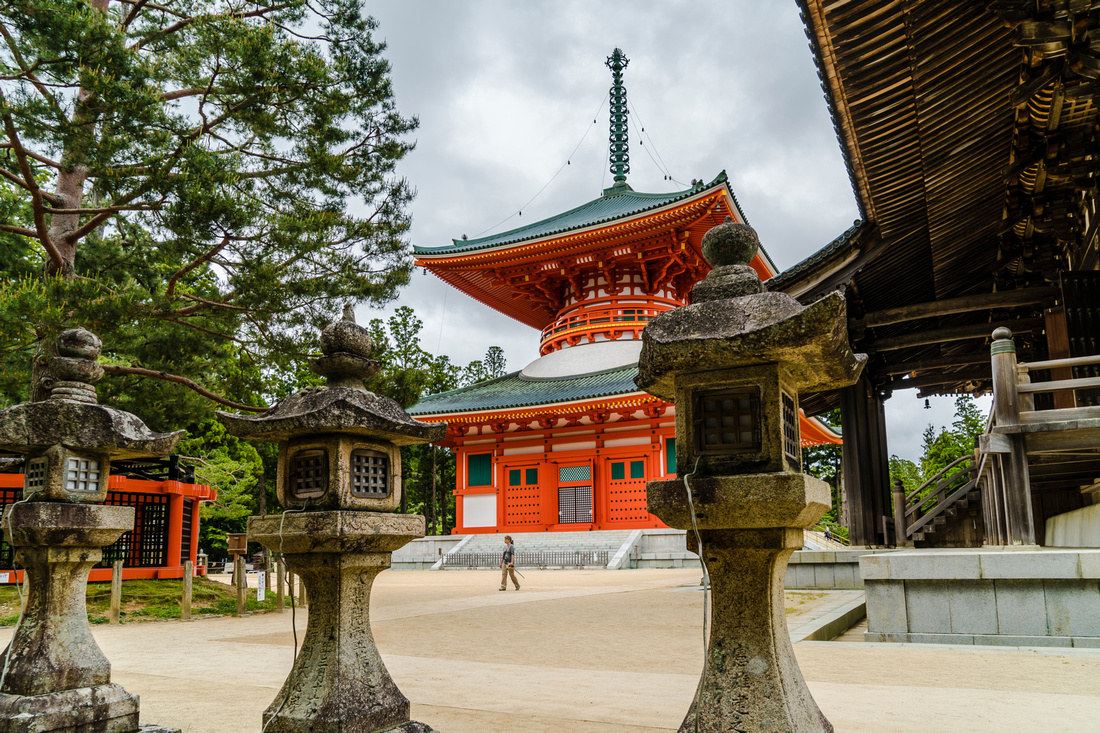 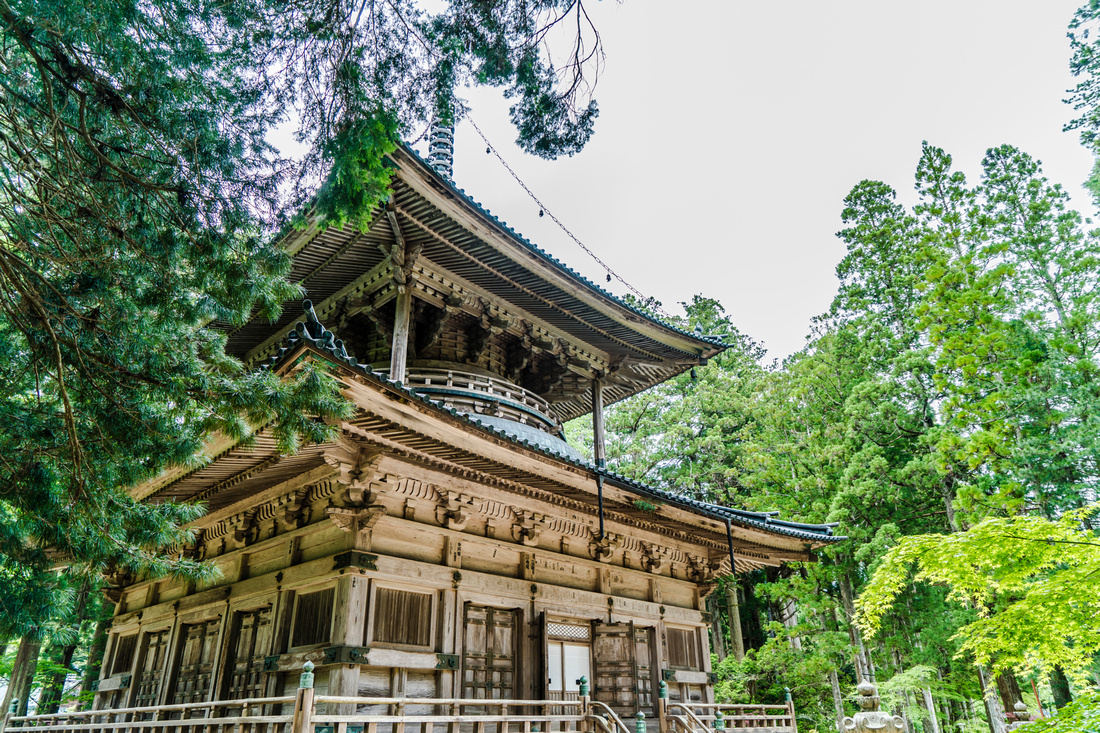 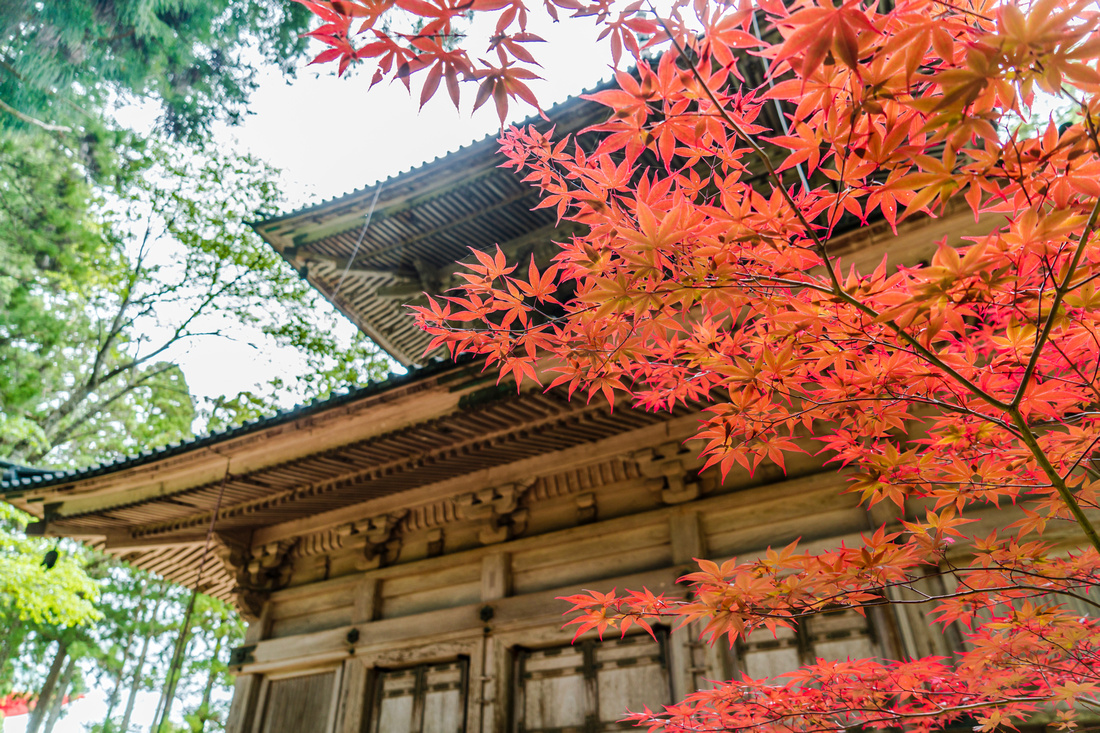 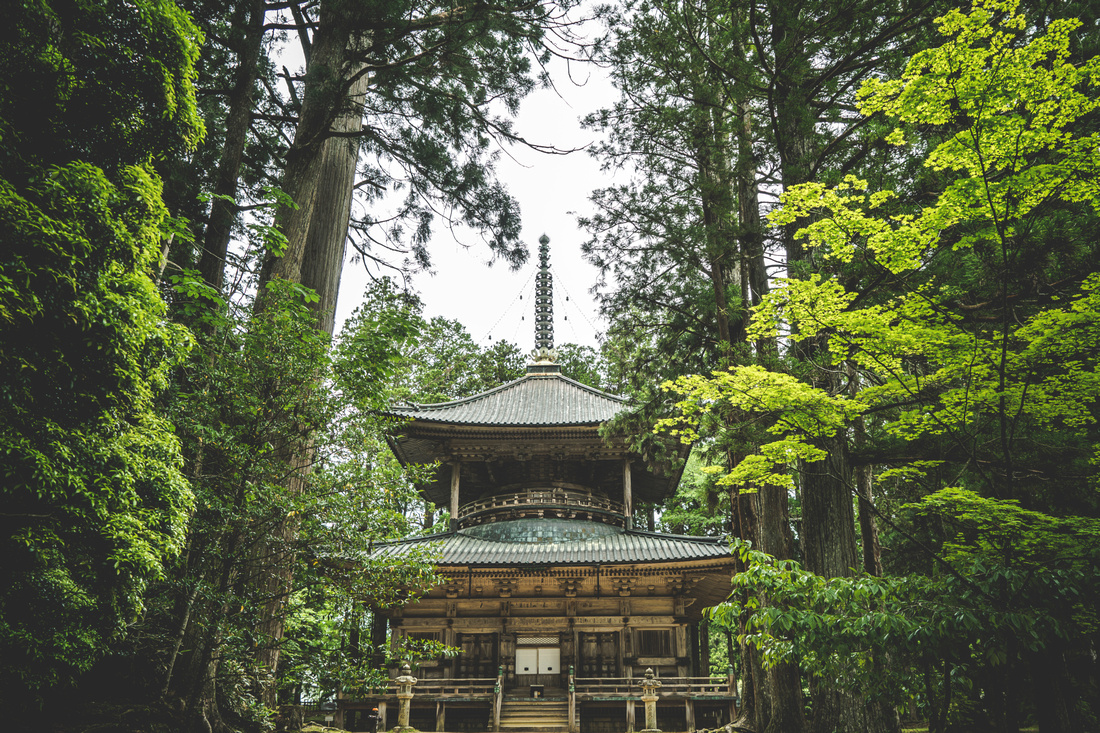 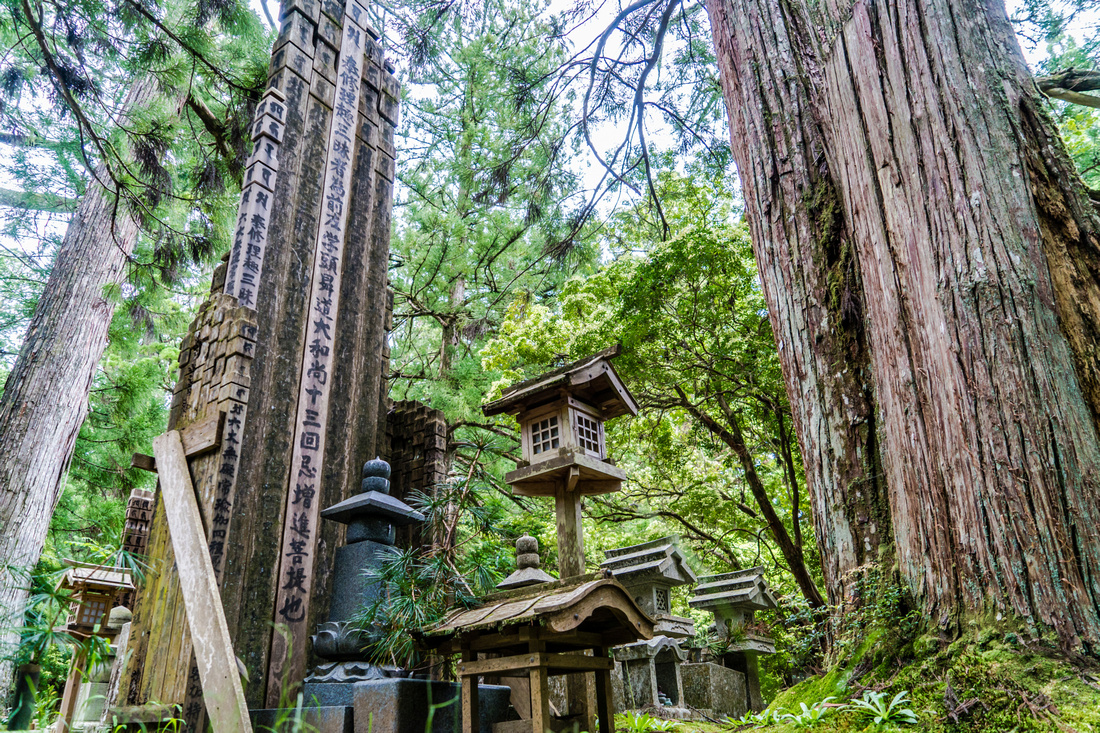 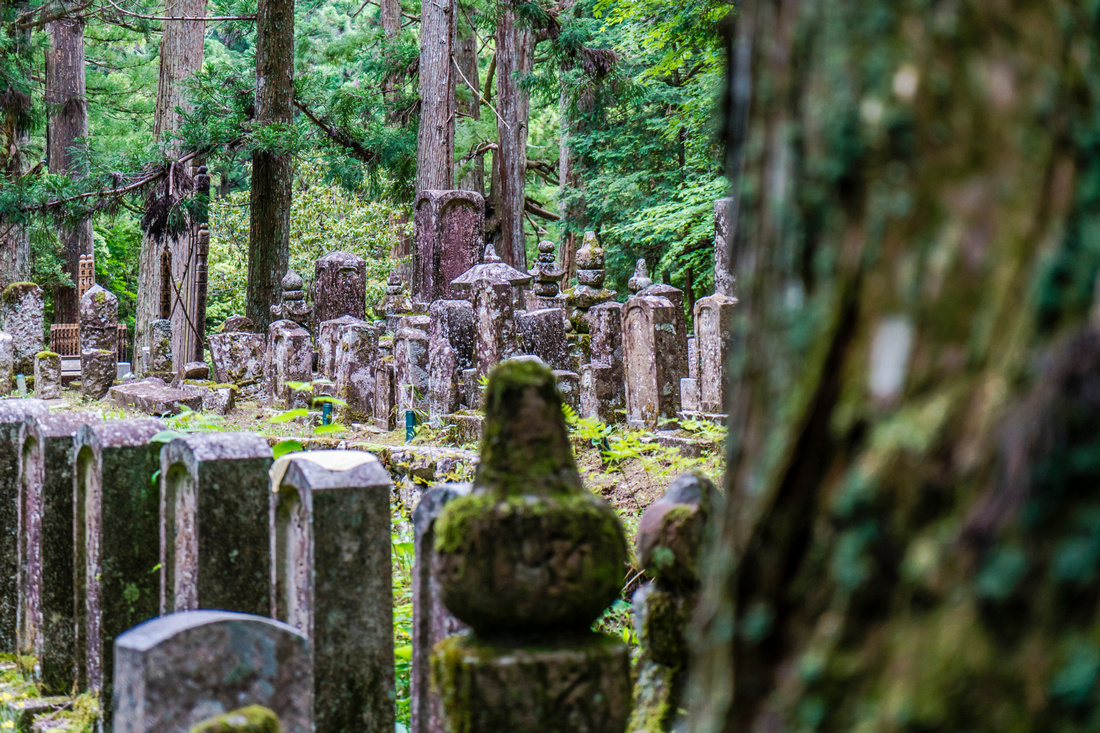 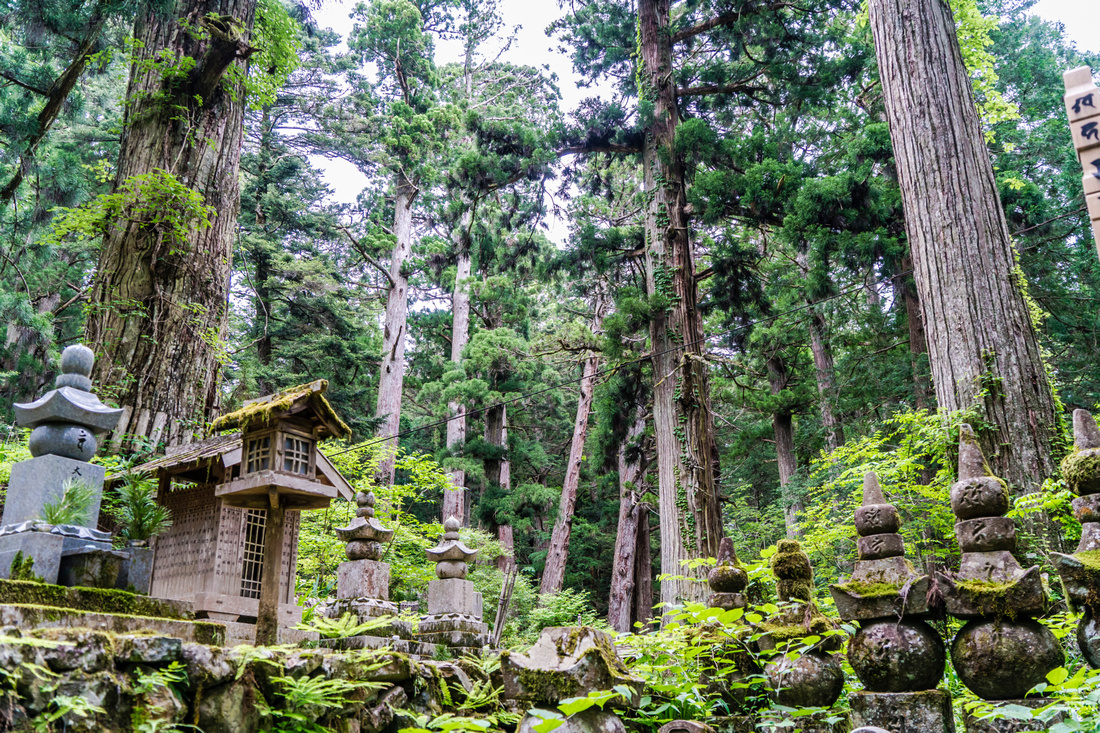 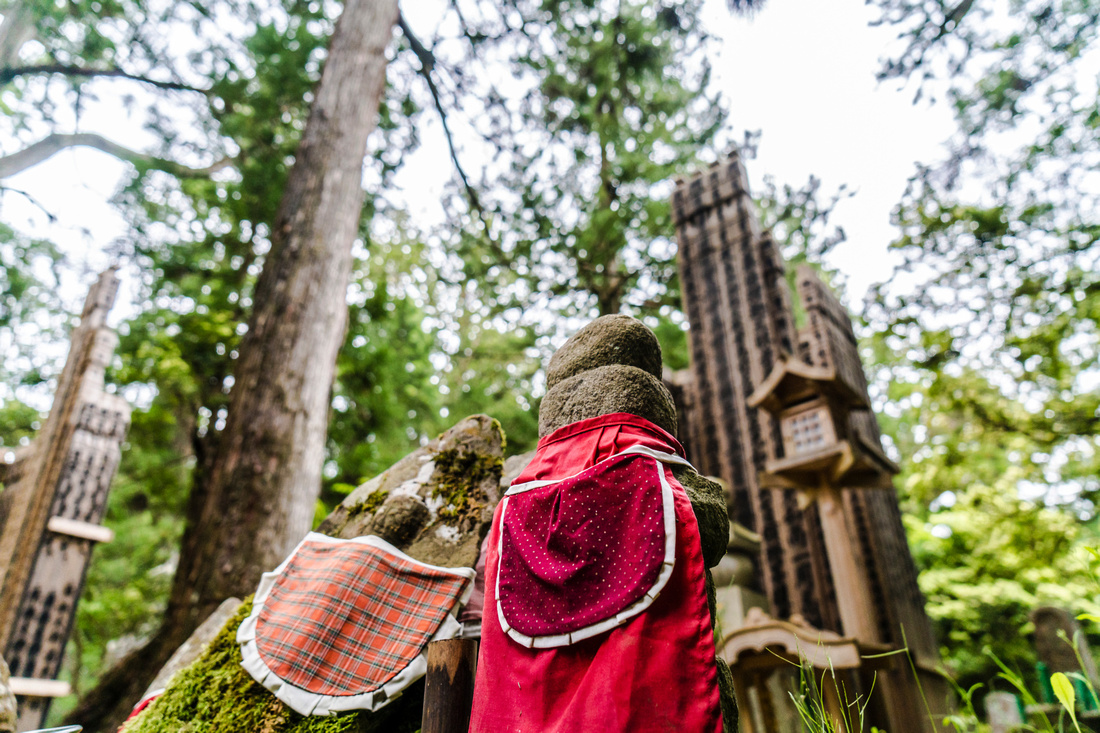 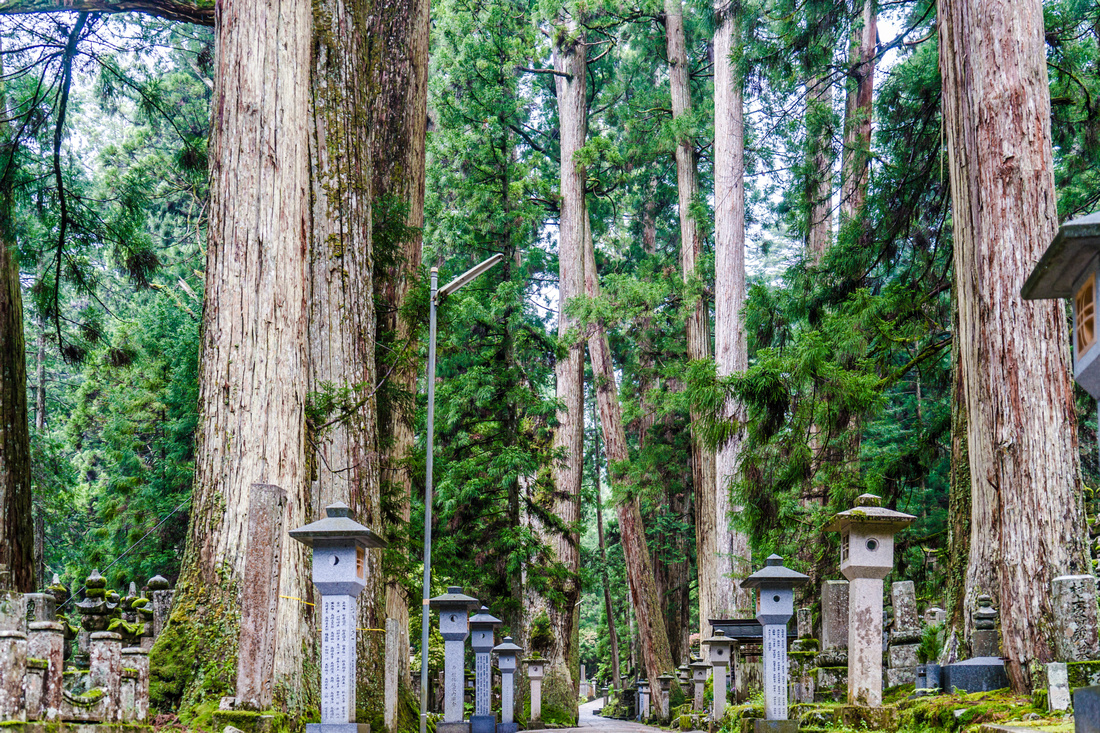