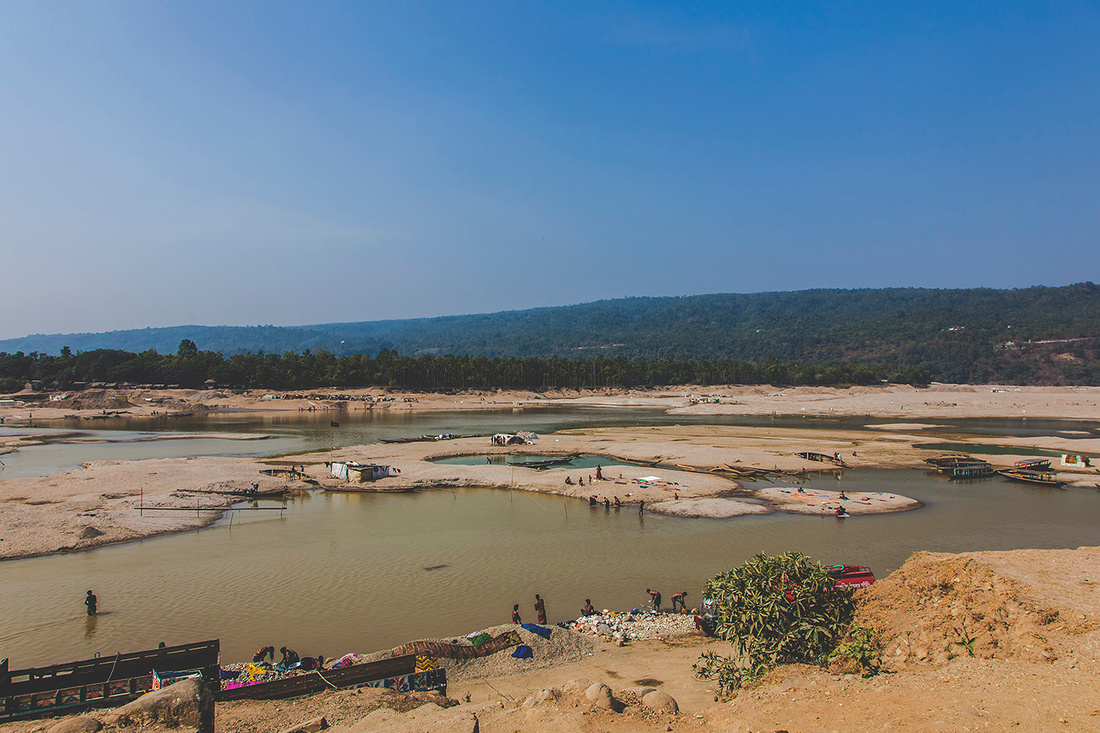 It was a 1hr 30 min car trip to visit Jaflong from Sylhet. Had my camera gear packed and loaded in the boot and off we went. If you haven’t been to Sylhet, to roads can be somewhat hit and miss. With half completed roads, and potholes everywhere, enjoying the ride is an understatement. That said there are portions which are smooth and carefree.  I managed to sleep through most of the journey, and those that know me, know that I can sleep through most things, so the constant roller coaster ride through potholes, humps, bumps etc didn’t affect me one bit.

Upon arrival I was woken up by my driver to say that we have arrived, my first thoughts looking out the window was have we just pulled up inside a mining operation. Both sides of the roads were filled with boulders of all sizes, trucks ferrying them to and fro. Also on the sides of the roads was workman breaking down these boulders with strong hard labour, followed by people carrying them on their backs. As the car traversed its way through the maze that was a road, I could see food stalls and shops.

Once parked up, we took a short walk. At first I was thinking this isn’t the Jaflong people were talking about. It was meant to be a tourist spot, but from what I was seeing, it felt like a mining town. Walking along, it slowly dawned on me as I approached a cliff edge that it from there I was to see something. Before me was a vista like that of old Constable Paintings. I was told by my driver that the ‘river was low for the season, but you get the idea’. I can see why people are drawn to it. You could see the mountains and forests on either side of the river. It was pretty amazing sight to see. As I slowly panned, I made out boats, trucks, and people on the river side washing. It was a weird wonderful confluence of the old and new.

I made my way down to the river bank. As I took photos the people seemed nonchalant. While I was taking photos, a few young men looked curious and seemed to shadow me as I walked along. It was only when I actually looked at them and found out that they too were photographers and were intrigued as to why I was there. I explained I’m just visiting and taking photos for a project. I asked them why they do photography and they explained that people in love come here; partners on vacation, ‘people will wear their nice clothes and come here to get their photos done here in beautiful Jaflong’. I could see why!

Jaflong is located in the Gowainghat Upazila of Sylhet District and situated at the border of Bangladesh and the Indian state of Meghalaya. It’s nestled at the foot of the Khasia-Jainta hills, which is stunningly beautiful. Behind this greatness lies a disturbing ecological disaster that will ruin the landscape and change it beyond recognition. It’s stone mining in the area.

Stone mining has become one of the leading industries for the small community here in Jaflong. During the monsoon season, the river currents wash down rocks and pebbles from India into the Jaflong area. At dawn every day, hundreds of little boats with labourers enter the Piyain River with buckets and spades collecting the stones that will be ground up and sold to create concrete. The mining is extremely harmful to both the workers and the environment as stone mining creates air pollution, noise pollution, destroys the unique landscape and exploits laborer's  . The miners work incredibly hard working with bare hands. The industry is unregulated, the labourers receive no legal nor health benefits and the stone crushing machinery creates hazardous clouds of dust. It is estimated that more than 2,000 women work the stone mines and they receive less pay than their male workers. Many women raise their families near the mines and struggle to make ends meet and provide for their children with their low daily wages.

I witnessed the sheer hard work these workers do and when I was filming one mine, I was told to stop by someone who’d seem to be instructing the workers who had noticed me filming. I duly obliged and had enough footage recorded.

I talked to a local worker and he told me that the stones that come from the riverbed in India are decreasing in volume and that some workers are already taking the risk of going into the no-man’s land in the Indo-Bangla border to mine stones.

Time was made to visit the tea gardens surrounding Jaflong which are beautiful to see amongst the rolling hills and quite a sight. To see the tea leaves and even taste a variety by local market stalls beside the tea gardens.

It was an amazing experience to visit Jaflong and a reminder of economic prosperity to the detriment to the environment, the divisional split between those who work to feed their children, to those who seek profit and to those who want to preserve Jaflong and to regain the paradise. 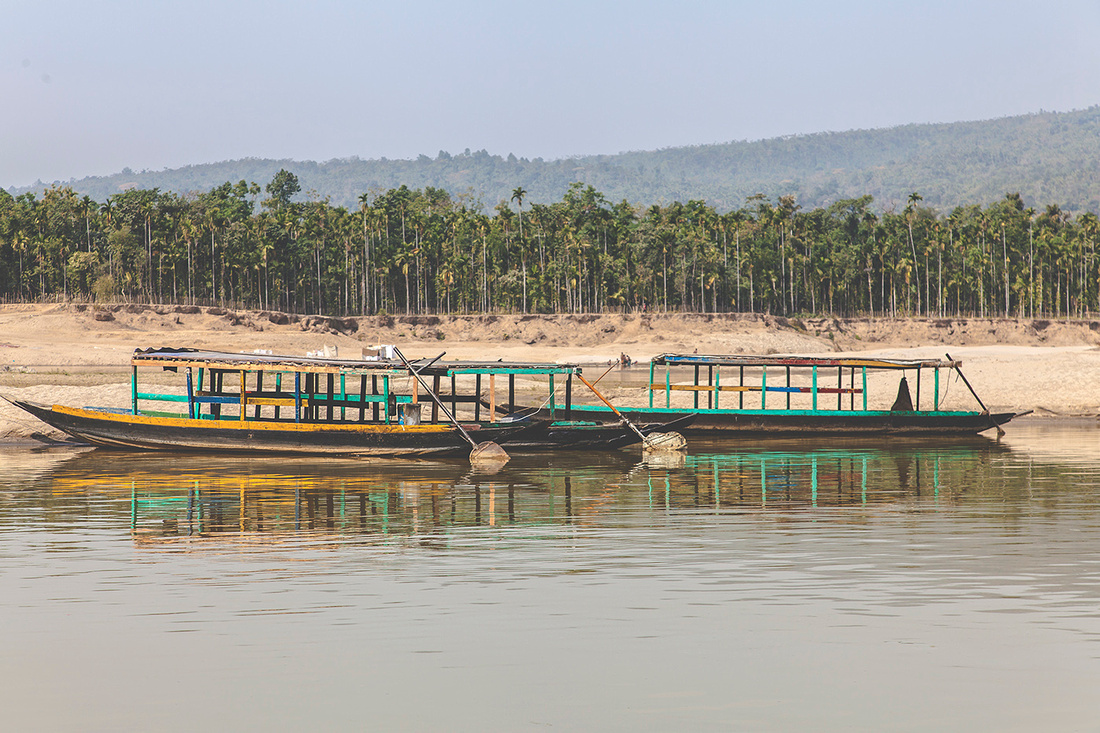 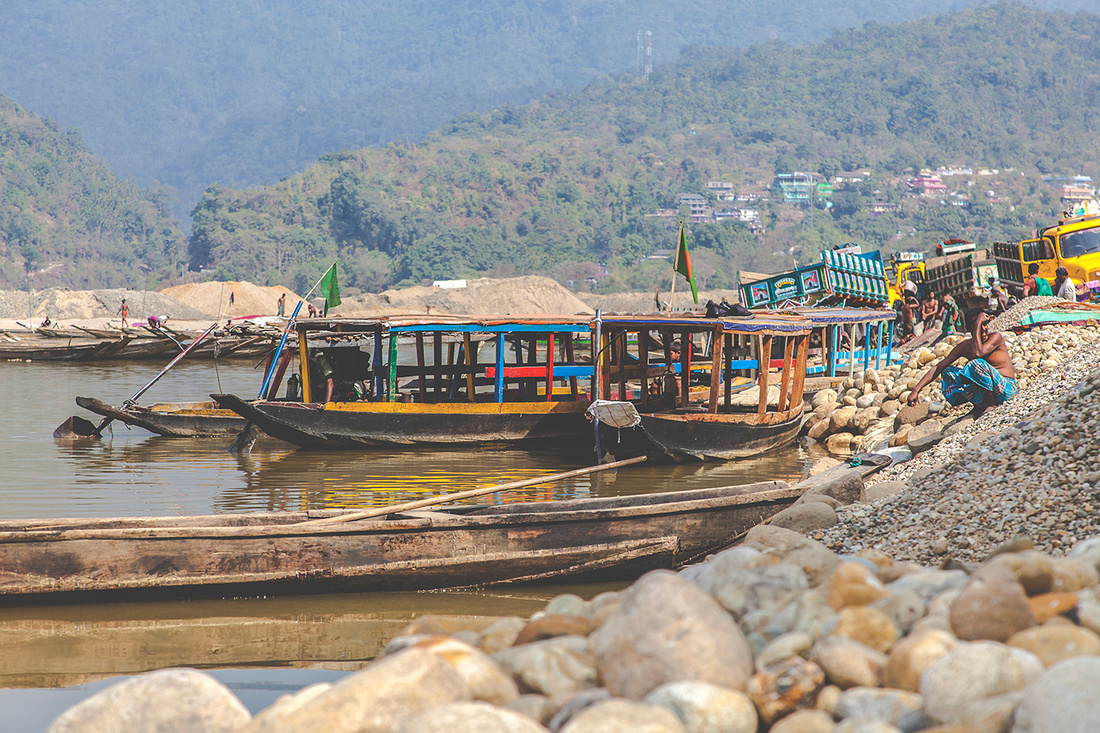 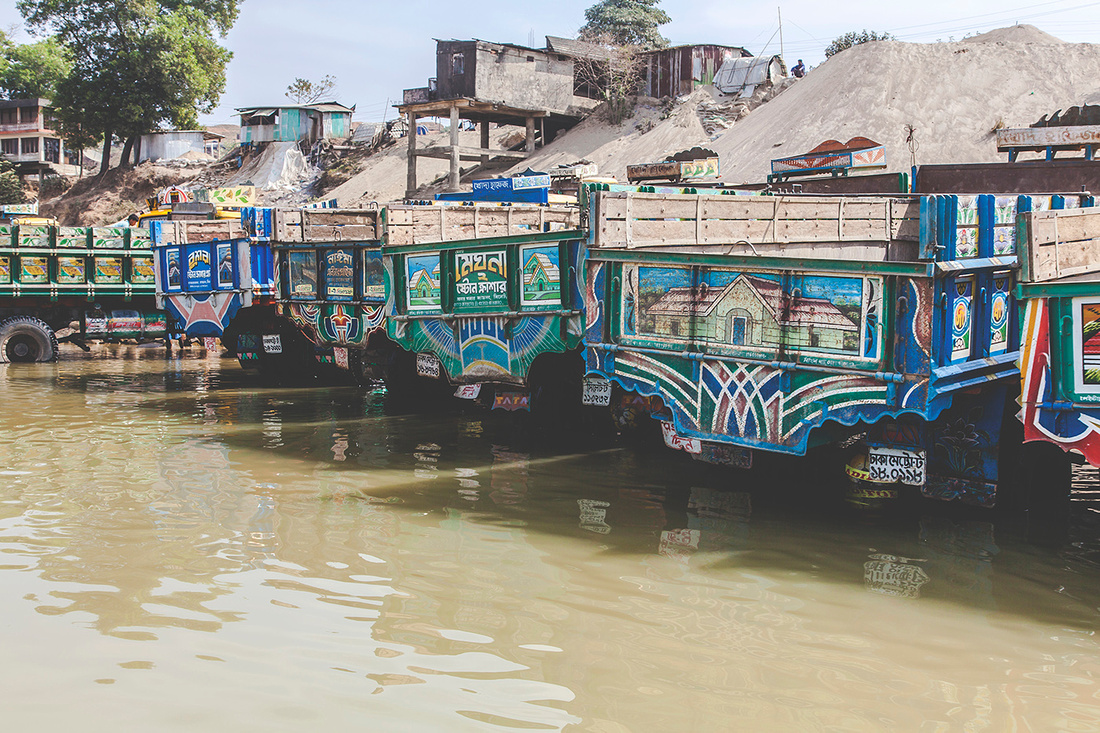 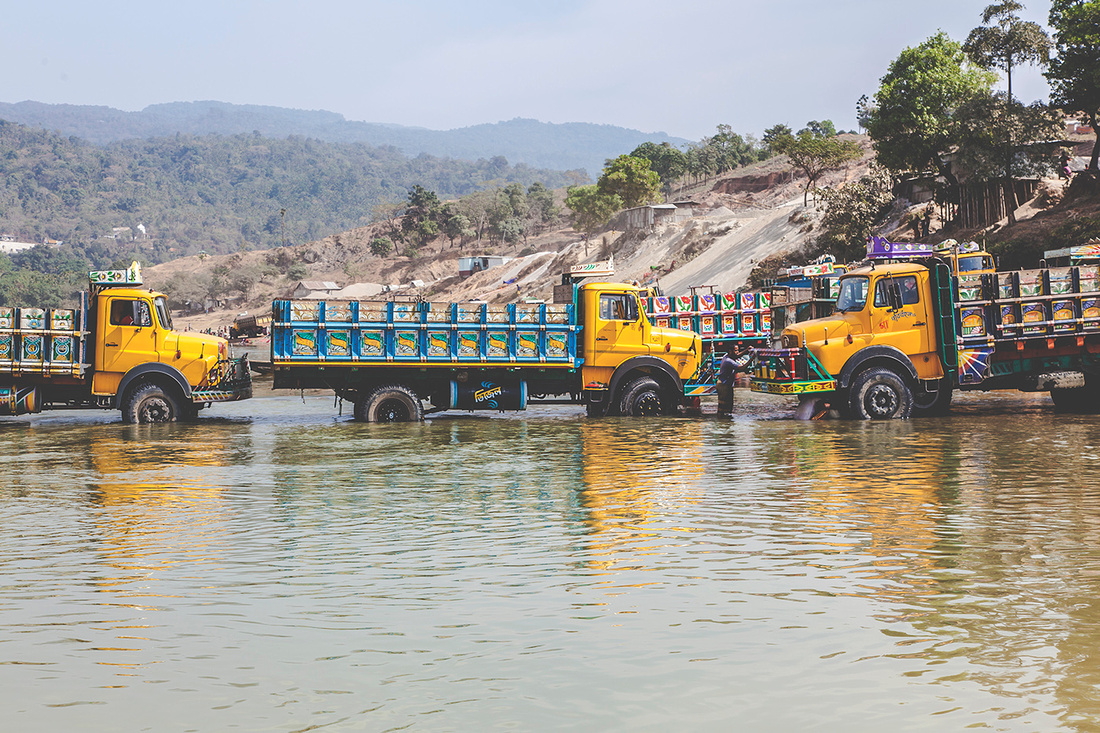 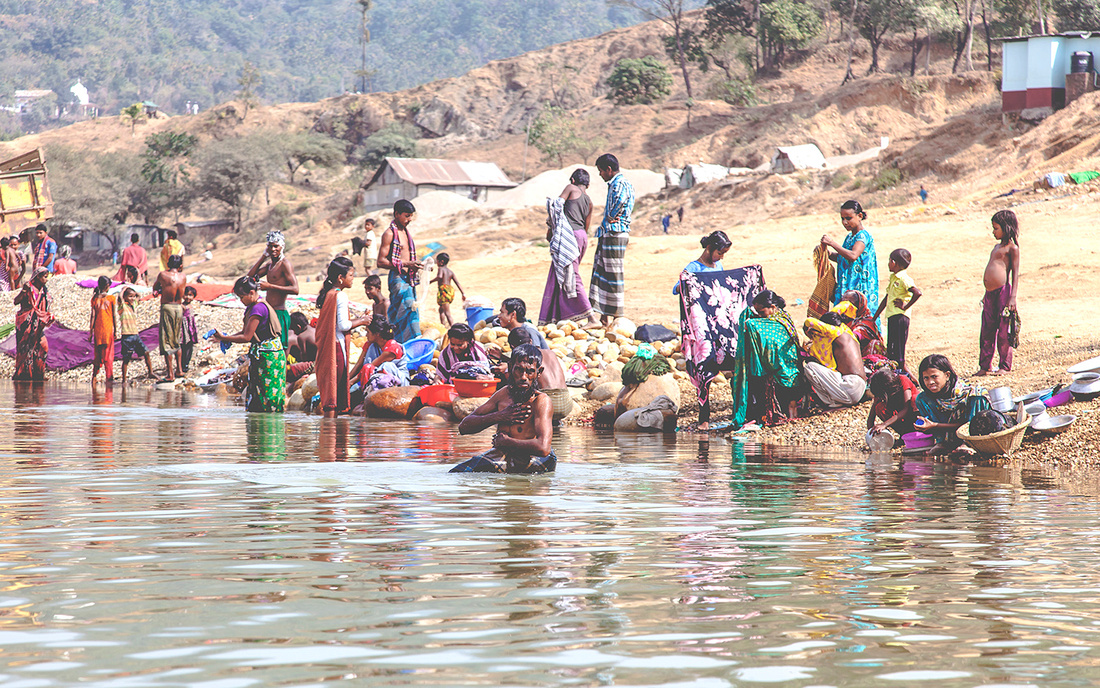 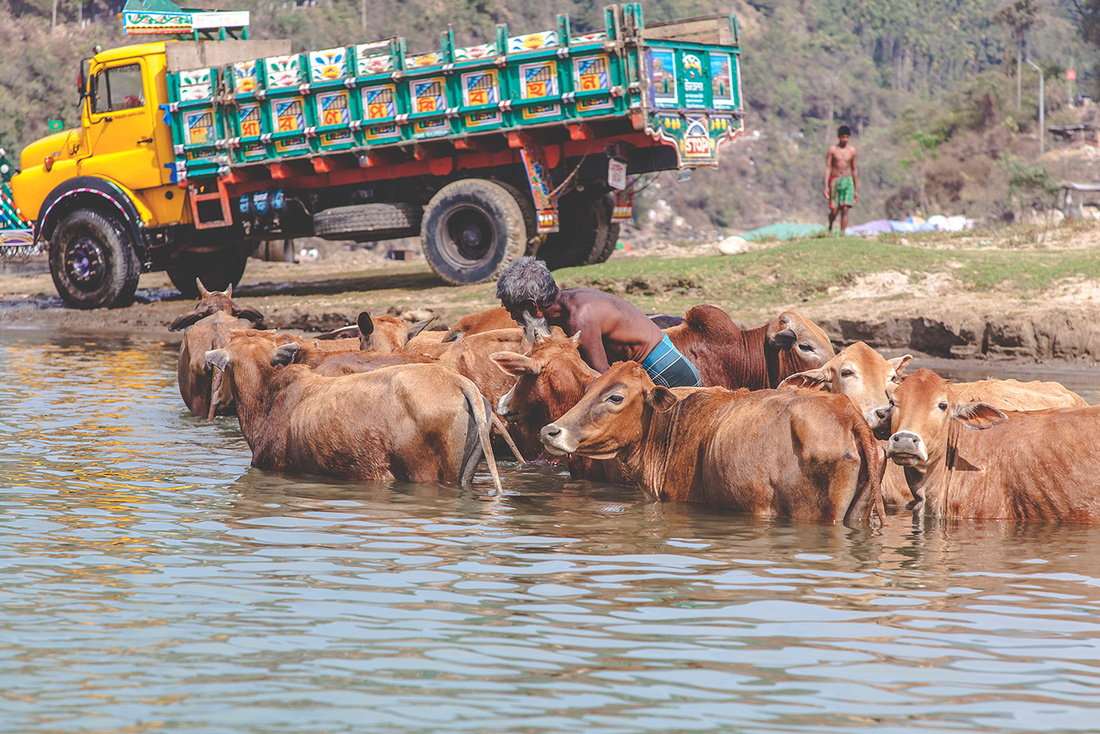 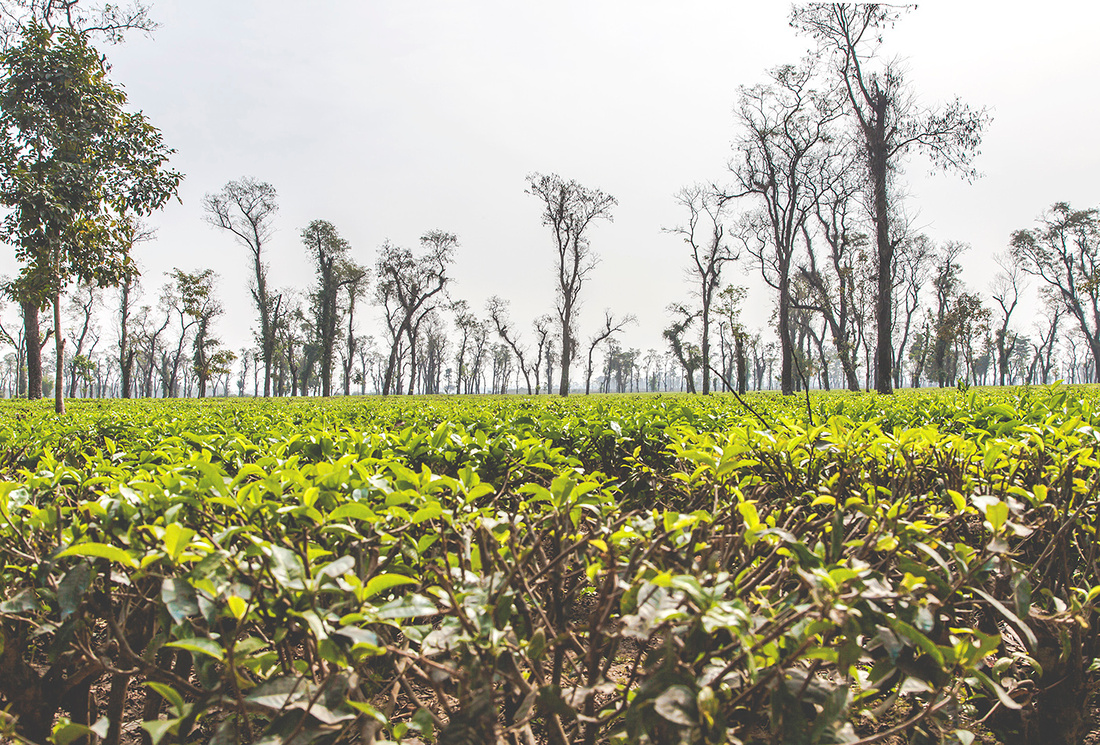 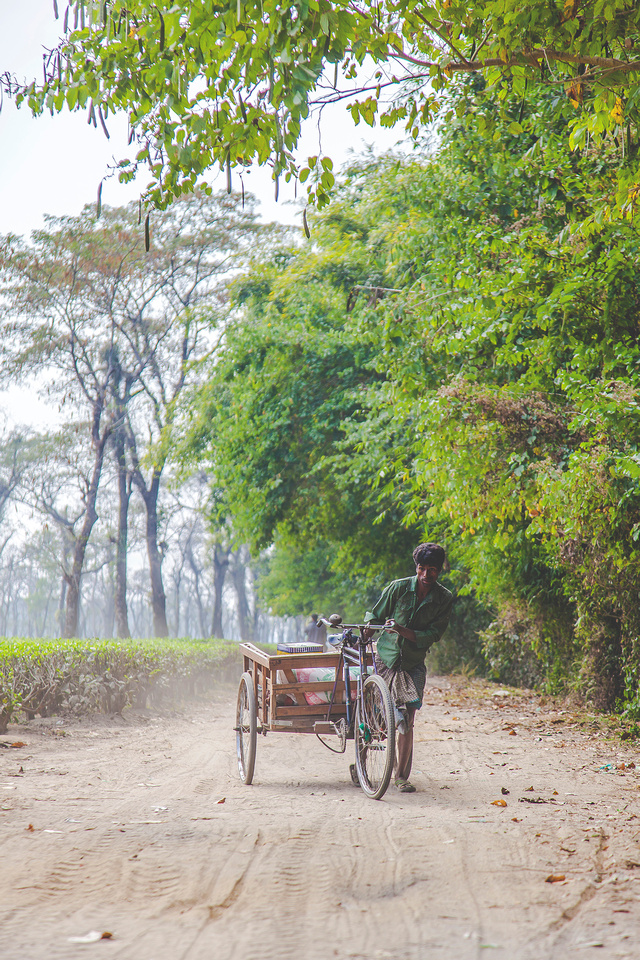 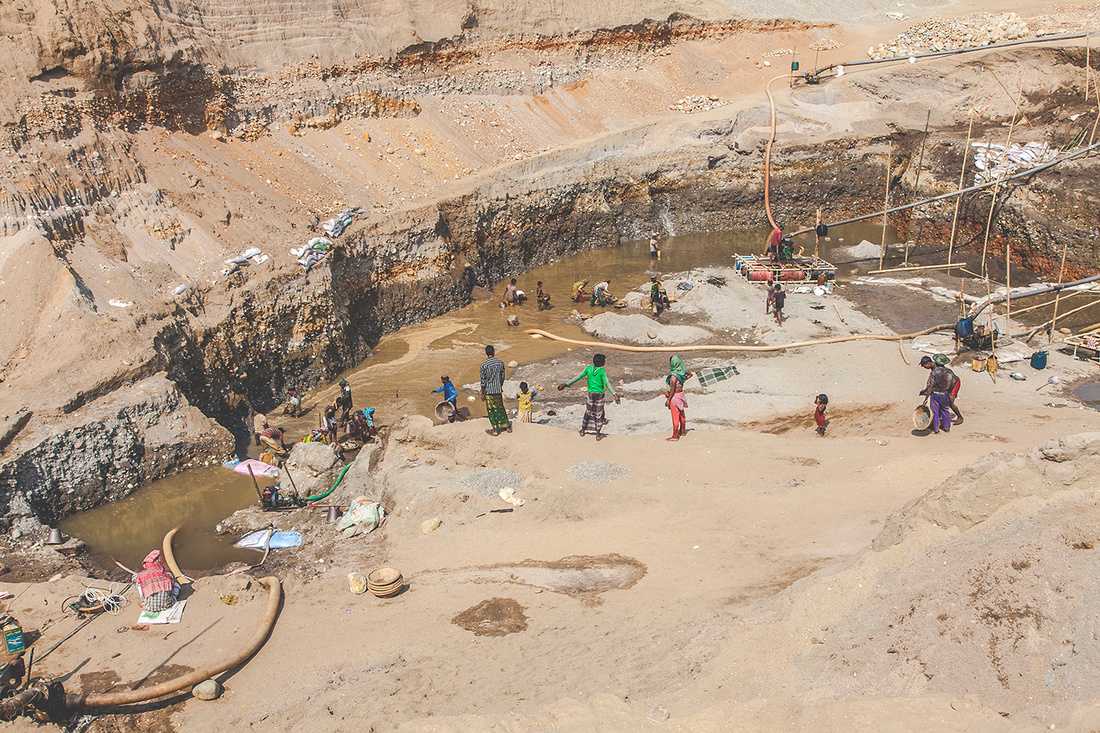 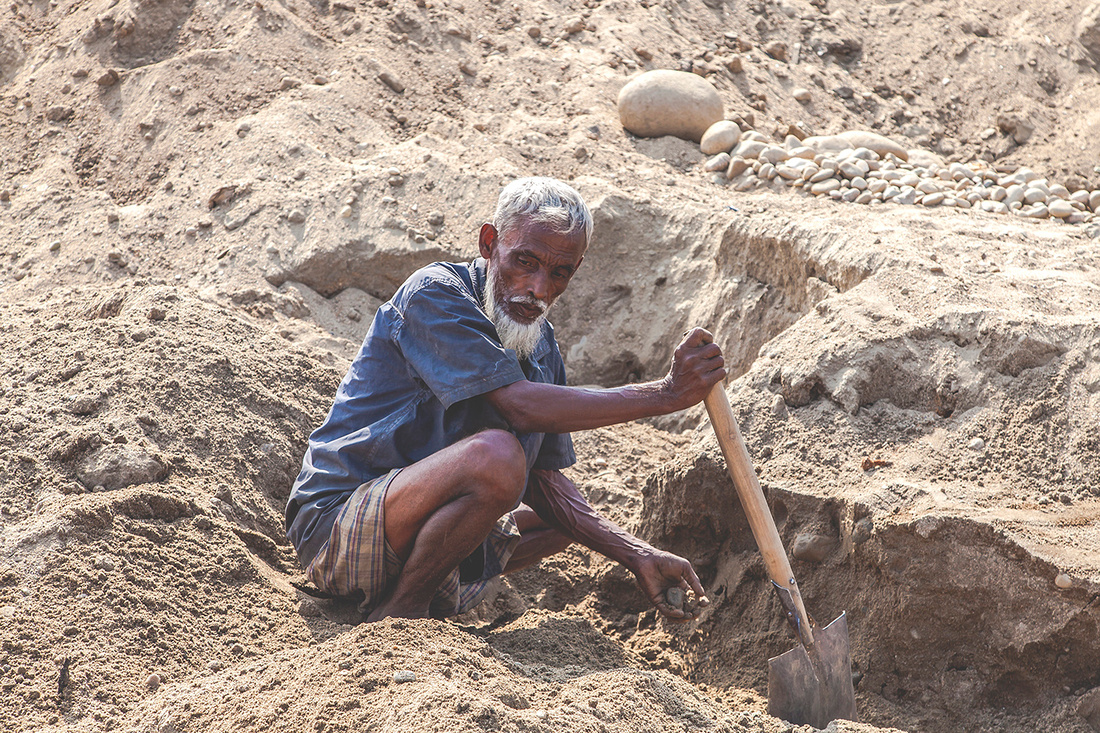 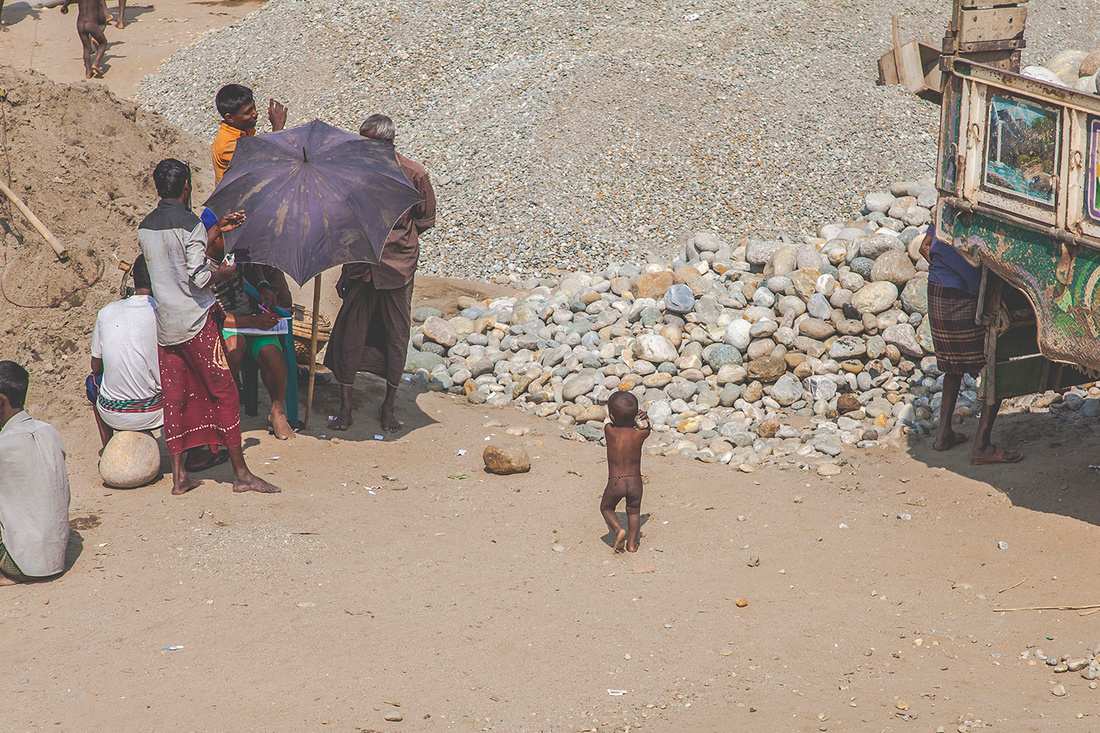