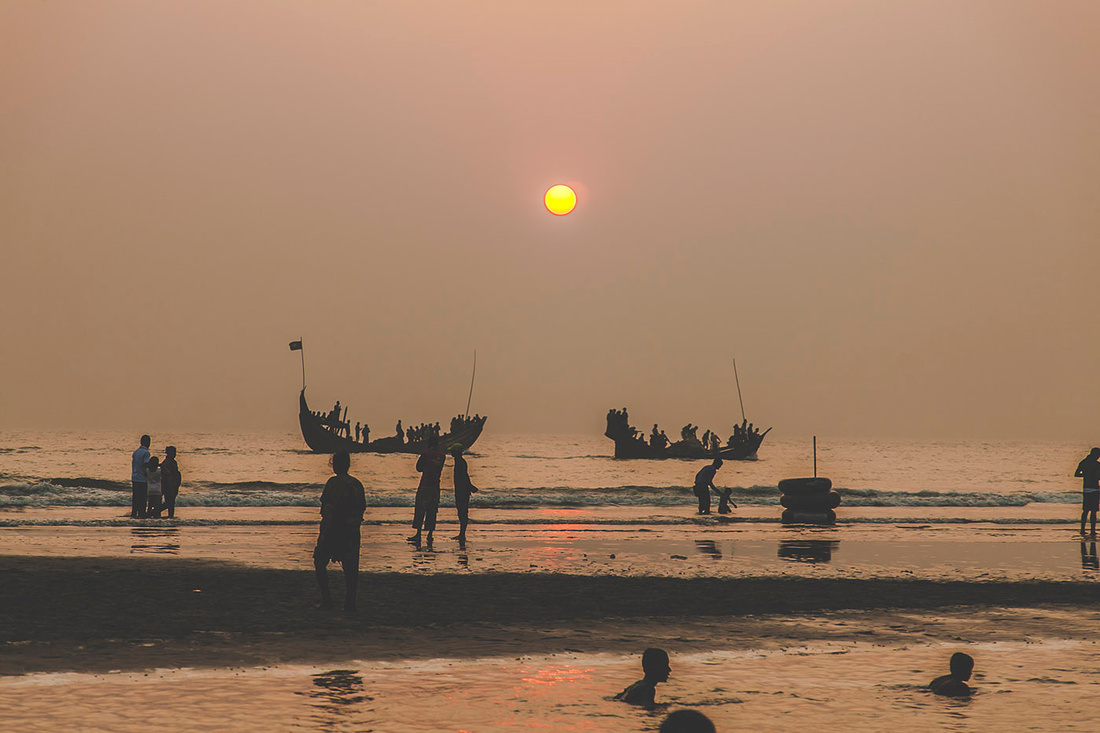 It’s an 8hr bus ride to get to Cox’s Bazar from Sylhet changing at Chittagong. I’d never been and went with my cousin. The only thing I knew about Cox’s Bazaar was that it has the world’s longest beach, well to be more accurate the world’s longest uninterrupted natural sandy beach, a 125km unbroken beach at that.

I knew that it wouldn’t be National Express type service but was pleasantly surprised by the coach, all big reclining seats and very comfortable. The journey too Chittagong was shall I say speedy. Comparing to the coach journeys I’ve experienced elsewhere on my travels, it seemed the driver was in a hurry to get to Chittagong. There was a lot of swerving at high speed and to be honest wearing the seat belt didn’t bring me any consolation for road safety. That said we did get to Chittagong in time and had a 40 minute wait for the next coach that would take us onto Cox’s Bazaar.

My fears for a much ‘safer’ driver was quickly dashed from Chittagong to Cox’s Bazar, but having survived the first leg of the journey, wasn’t that bothered. Arrived early morning in Cox’s Bazaar and the hotel we booked was a short walk from the bus stop. We checked in, freshened up and made our way out to get the lay of the land.

We headed to the beach and it was vast. Walking towards the water, I was quickly approached by 2 men who were keen to see what I camera I had round my neck. Cox’s Bazar is on the most visited tourist destinations in Bangladesh and it has sprouted a boom in the tourist photography trade, where you get your photos taken at the beach and delivered to you the next day. I noticed a few young photographers on the beach. Once they see you step on the sand, they all clamour to ask to take your photo as a souvenir.

There weren’t many people on the beach at the time but as time passed more and more people just appeared. Maybe because I was focused in getting my photos I just didn’t notice the people. After a while I’d notice groups of children that seemed to be from schools on a day trip, families, couples, and groups of friends enjoying themselves on the beach. It was somewhat nice to see and witness it all while the sun was basking.

That evening we visited the Cox’s Bazar markets. Vibrant as markets can be but clearly aimed at the tourists. My cousin took the opportunity to see if he could find a decent pair slippers and whilst browsing tried on some sunglasses. He didn’t buy anything in the end. Even though my time at Cox’s Bazar was short, I could see the potential of it being a great tourist destination with focus on building up the infrastructure, better transport links and more hotels as the people here are waiting to show it all off to those who come.

20 years ago Cox’s Bazar was largely a quiet beach town which only locals and other Bangladeshis would visit as a weekend getaway or short family trips. During that time there have been dozens of buildings from hotels, apartment blocks to restaurants. Even on the beach itself there are loads of shops selling souvenirs, toys and fast food. There has been concern from environmentalists that buildings and planning procedures have been obtain illegally and if something isn’t done sooner than rather, then the unrivalled beauty of Cox’s Bazar will be lost. Coupled with this is the ever increasing numbers of visitors which is also having an impact not on just the beach but also on the marine environment. It’s said the ever increasing number of tourists take sea coral home as gifts and this has spurned local traders and locals to collect coral from St Martin’s Island nearby.

Tourism hasn’t been a top priority for Bangladesh over the past decades but amid economic uncertainty, I think tourism could pave the way to offer a perfect opportunity to diversify its revenue base and change its image to the rest of the world. That will be the challenge for the government, the need to promote development without hurting local ecology. I think promoting and marketing sustainable tourism will pay great dividends and attract tourists from all around the world to Bangladesh and make it a top destination for travellers. 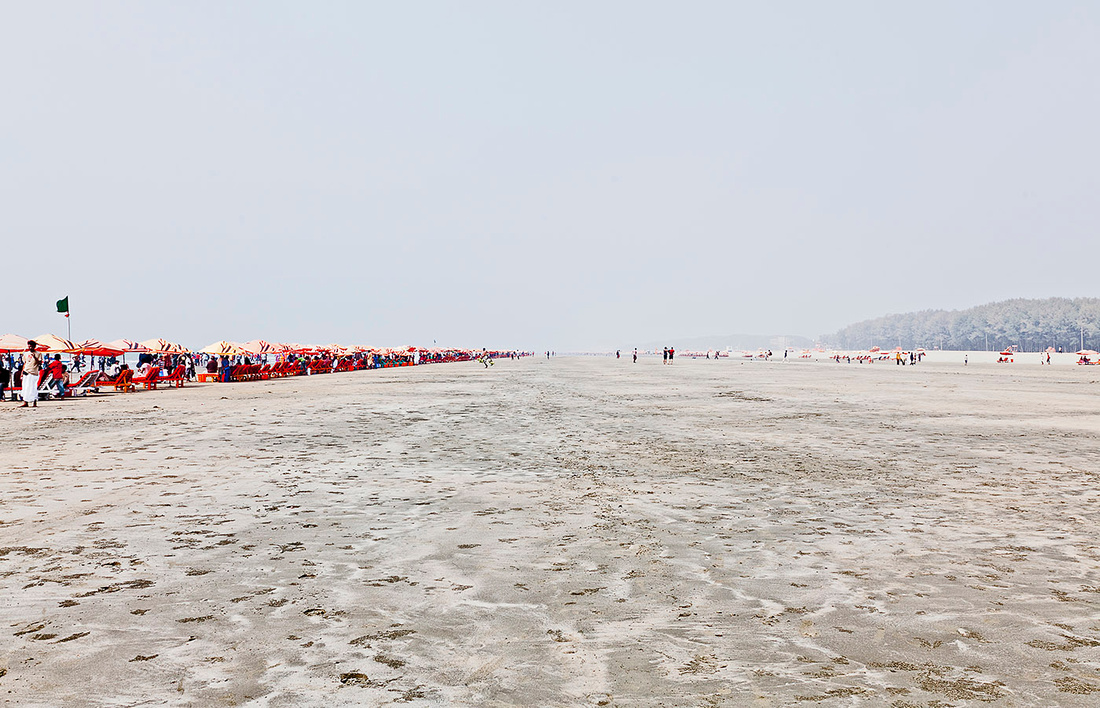 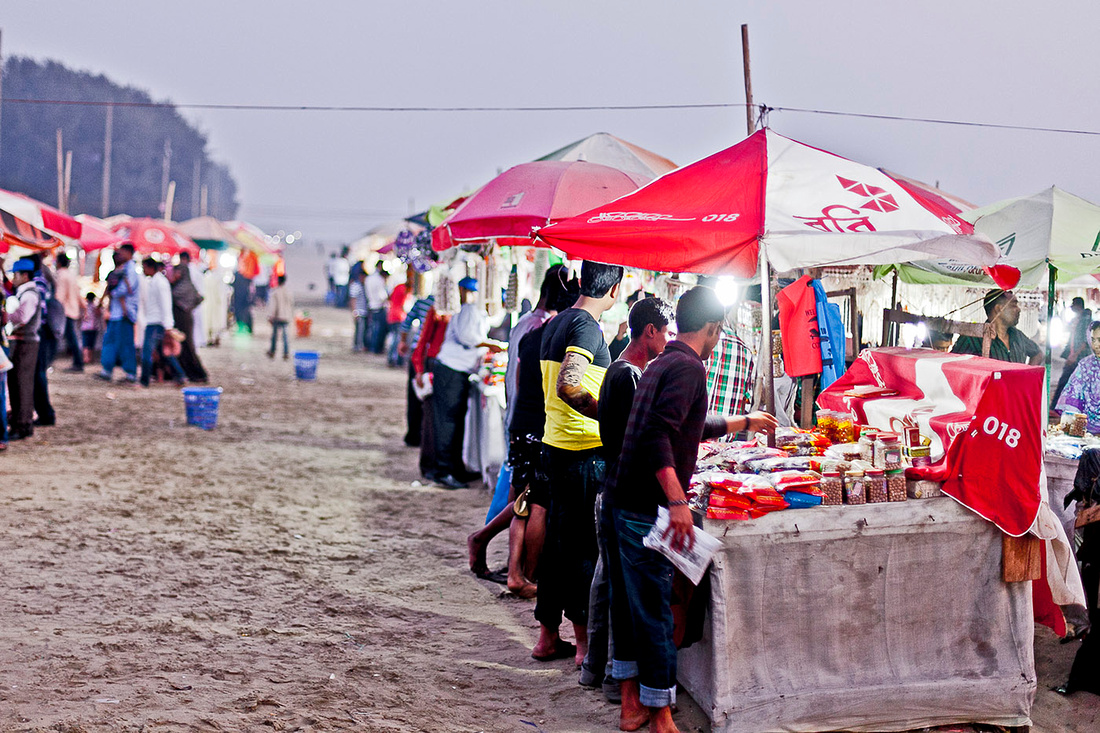 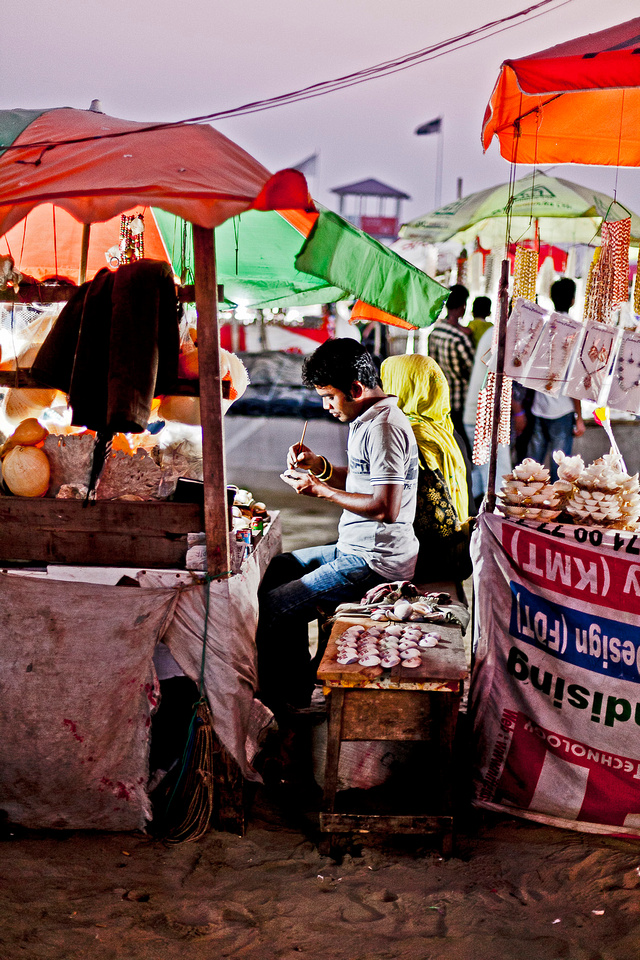 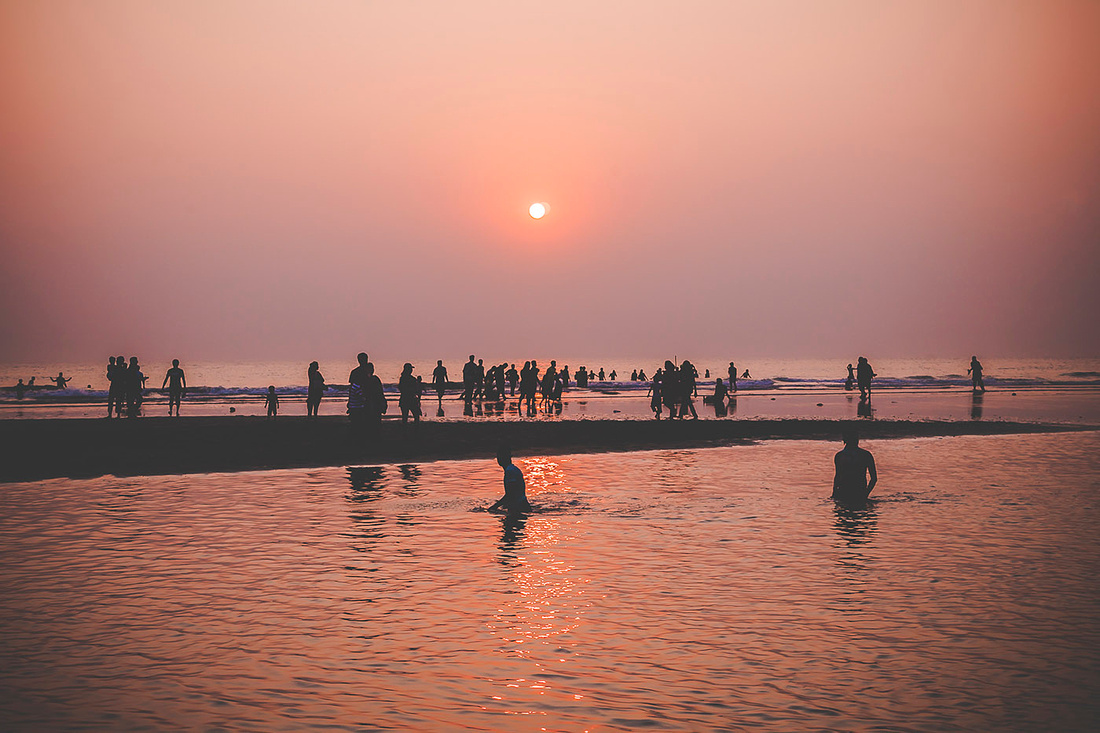 Mylie Merchant(non-registered)
It is very interesting topic you’ve written here . The truth I’m not related to this, but I think is a good opportunity to learn more about, And as well talk about a different topic to which I used to talk with others.
promoocodes(non-registered)
I am very happy for you. I saw all the images you clicked through inside the plane. Thanks for sharing the worthy photos with us. I am really glad to thank you.
No comments posted.
Loading...
Subscribe
RSS
Recent Posts
Update Mount Koya Nara & Byodo-In Kyoto Mitaki & Miyajima Hiroshima Nikko Tokyo Japan, it changes you Travel Friends, probably the best people you'll ever know!
Keywords
m24instudio travel Galapagos m24instudio photography travel photography wildlife nature travels blog travel blog
Archive
January February March April May June July August September October November December
mamunhumayun
User Agreement
Cancel
Continue