There’s a somewhat disturbing scene in the 1997 film ‘Event Horizon’ in which we see a video log of  the crew going insane and mutilating each other.  It’s graphic and horrific although it only lasts a few seconds. My first thought was that, that’s nasty, which led me onto  the thought, that’s some pretty far-fetched flight of fancy to come from someone’s mind, after all this is a film. Someone must off come up with that scene, story boarded it, wrote it down and then it was filmed for inclusion in the film.

Why am I talking about this in relation to S-21, because those scenes in the film although fictional for Hollywood purposes mirror similar horrors that took place in Cambodia. The torture system at Tuol Sleng was designed to make prisoners confess to whatever crimes they were charged with by their captors. Prisoners were routinely beaten and tortured with electric shocks, the use of searing hot metal instruments and hanging were deployed, as well as through the use of various other devices. Some prisoners were cut with knives or suffocated with plastic bags. Other methods for generating confessions included pulling out fingernails while pouring alcohol on the wounds, holding prisoners’ heads under water, and the use of the waterboarding technique was used. Some prisoners were even experimented on, by draining all their blood whilst alive and being disembowelled alive to see how long a prisoner would survive.

I knew going to Cambodia would include a visit to the ‘Killing Fields’. I first knew about it from my brother who talked about Roland Joffe film ‘The Killing Fields’. I had watched it when I was younger and thought nothing of it until I learnt more about the history in school albeit briefly. To hear stories and see a film is one thing but to actually visit the prison and the actual killing fields, it hits home the horror and sadness. I was angry because we as people allowed it to happen, horrified due to what was inflicted on young children, women and men, the barbaric tortuous methods deployed. It made me think of how far we really have come in this day and age.

Walking through Tuol Sleng Genocide Museum, which is the former sight of a high school and was used as the notorious Security Prison (S21) is a sobering feeling. To walk through hallways and rooms it’s hard to realize as many as 20,000 prisoners were killed, mutilated and raped. Tuol Sleng was one of about 150 execution centres that were dotted all around the country. I didn’t feel right, but that’s what’s needed, you need to be jolted from your comfort zone, you need to see, feel and hear with your own senses to truly grasp what happened. It’s not easy and it never will be, but doing this has undoubtedly made me appreciate the fragility of the human consciousness. It's not easy to be there. To walk on the blood stained floors, to look eerily into the cells and listen to the silence, to feel the course brick work of the walls on the skin of your fingers, it’s quite chilling and makes you question what makes you ‘you’.

A prison in some sense but more like a real world version of hell, reading and listening to accounts of those who survived , stories of women who would literally throw themselves off the side to kill themselves as that was better than being repeatedly raped.

It’s heart wrenching to live in a world where humans can do such atrocious crimes against humanity. To commit, to facilitate pain and murder is something we as a global populace have to accept. No amount of talking about it saying its wrong, world leaders condemning from their ivory towers will ever change that. Fundamentally it seems we as humans are flawed and we are not meant to be perfect. But saying this, there is some light in humanity, the briefest of moments that shine and gives us hope. Ultimately we have a choice and it's up to us to choose which way we go.

There is a quote that resonates with me here regarding my visit and that was by Stanley Kubrick in which he said 'However vast the darkness, we must supply our own light' 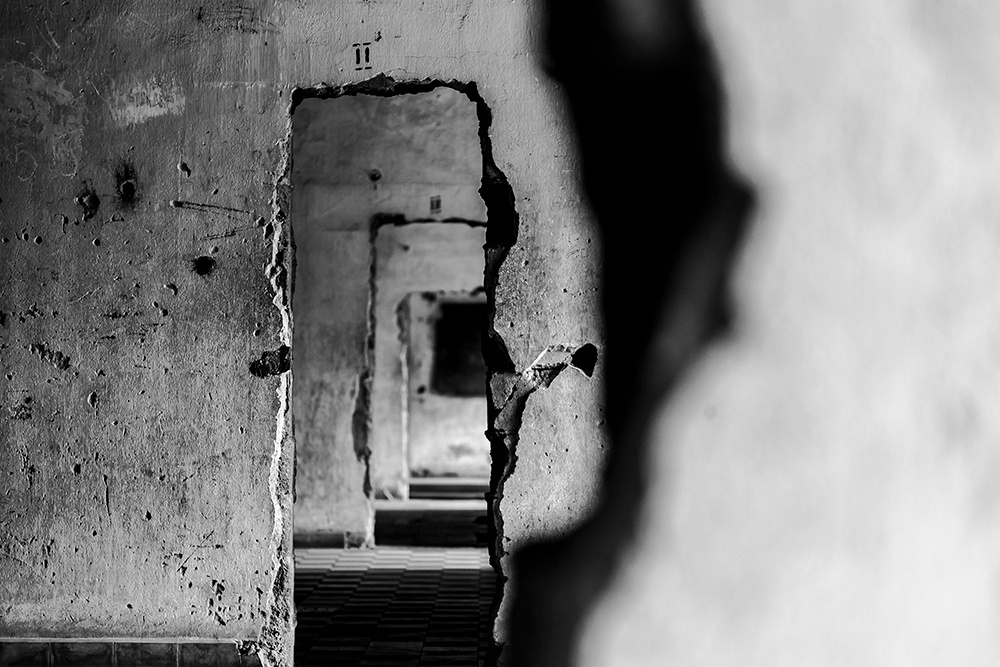 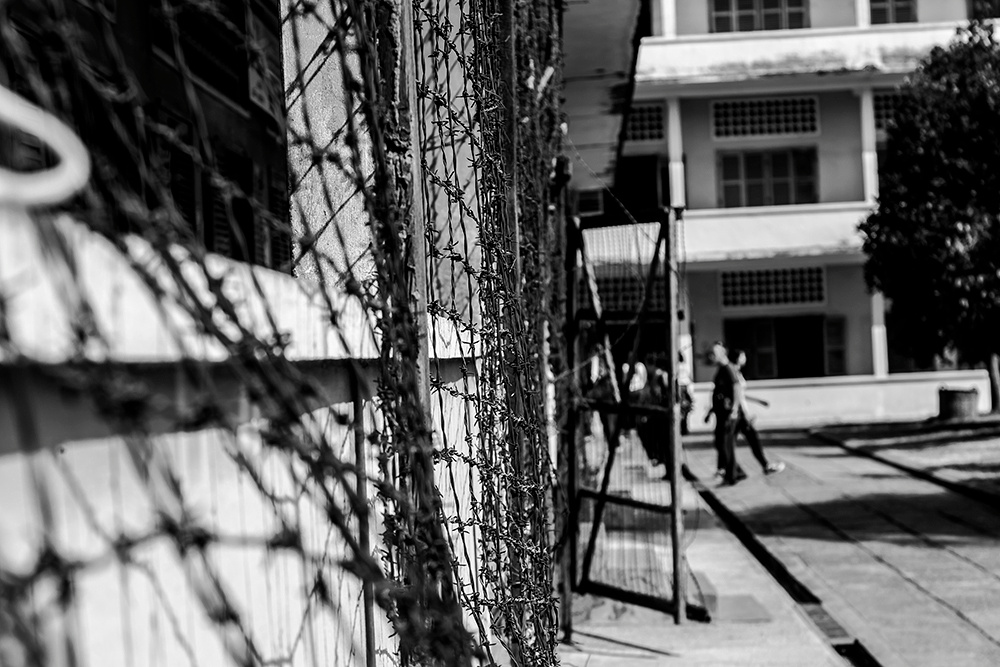 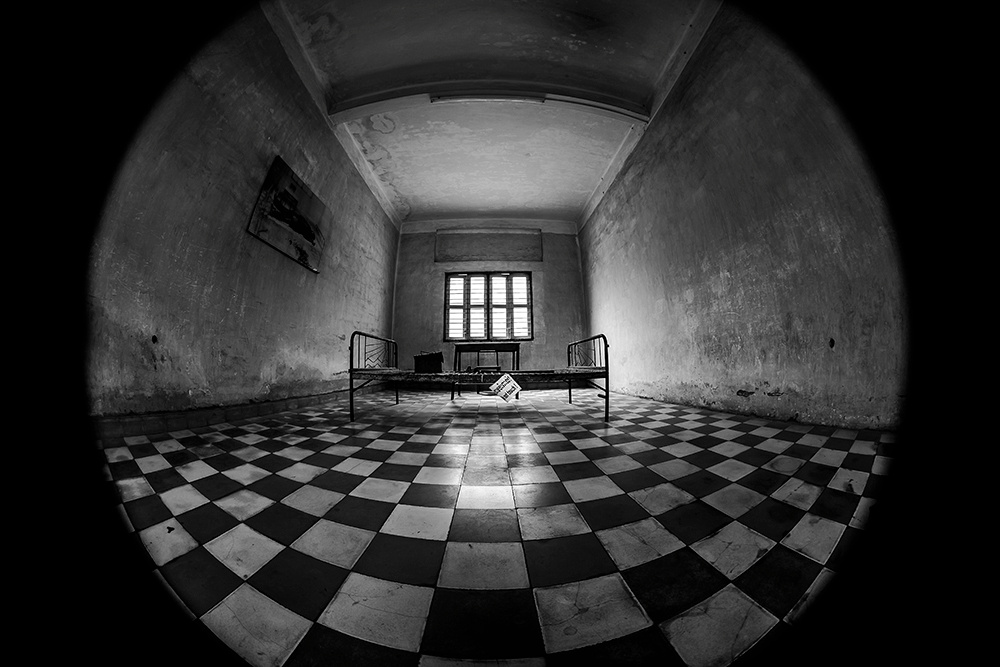 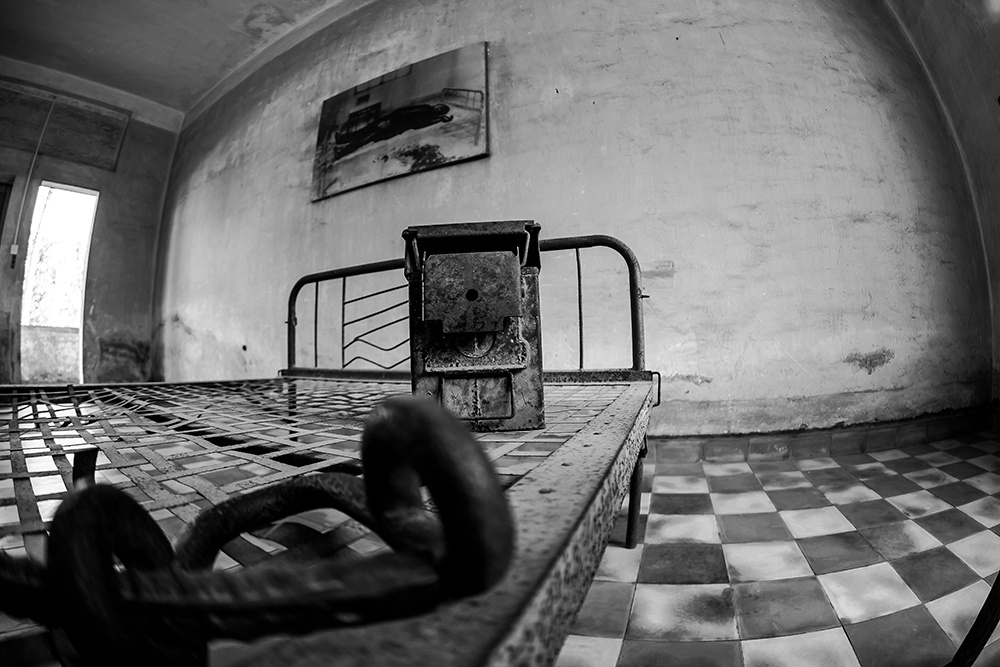 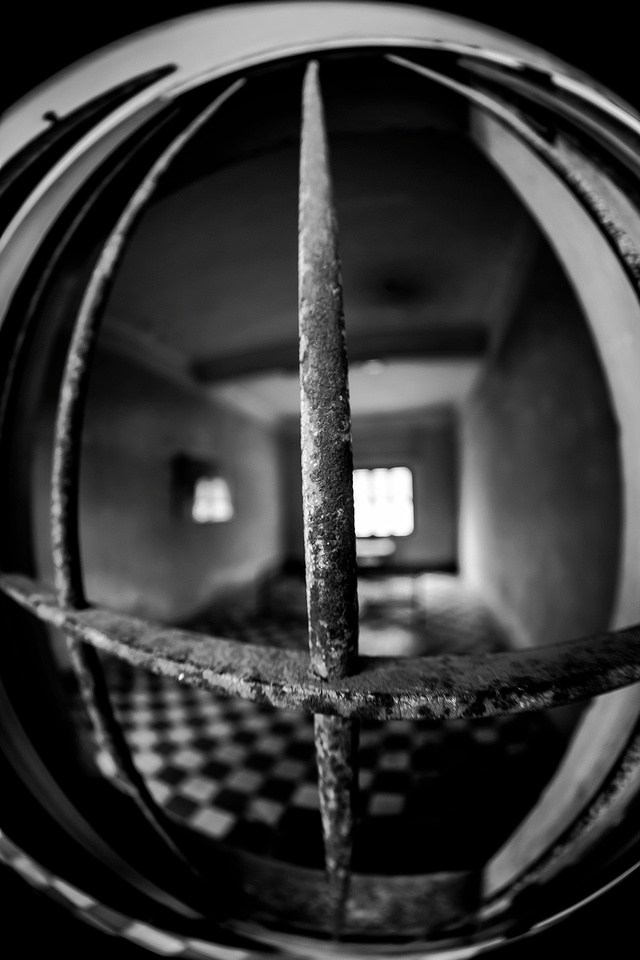 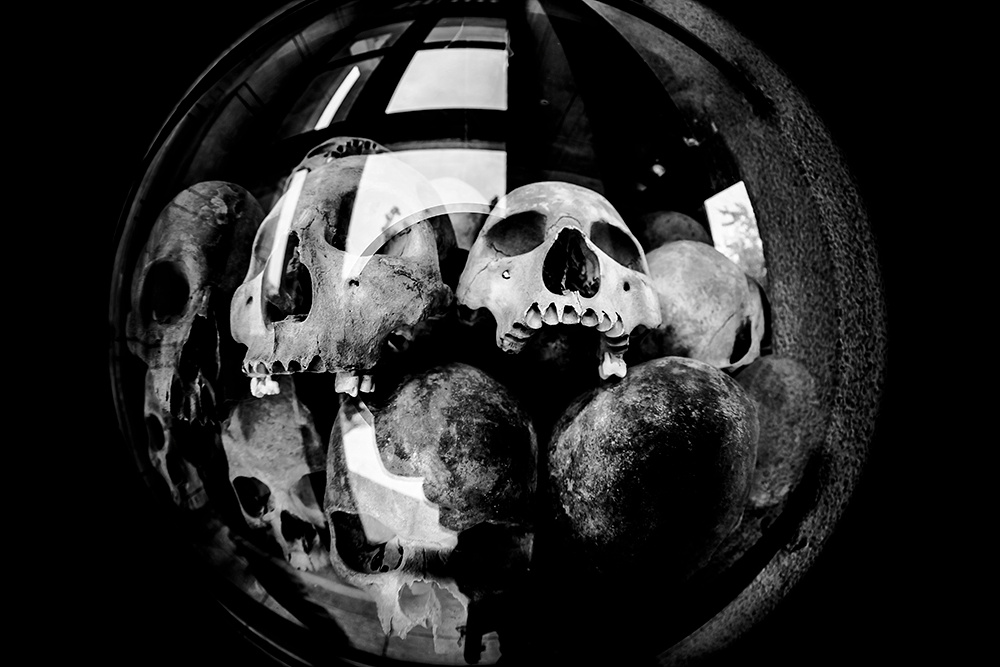 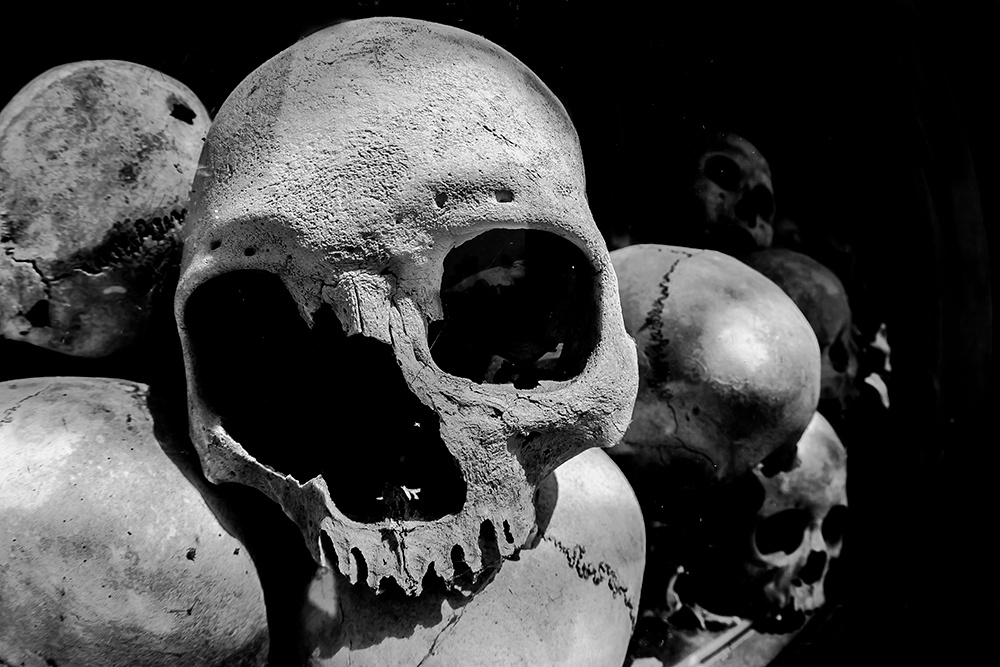 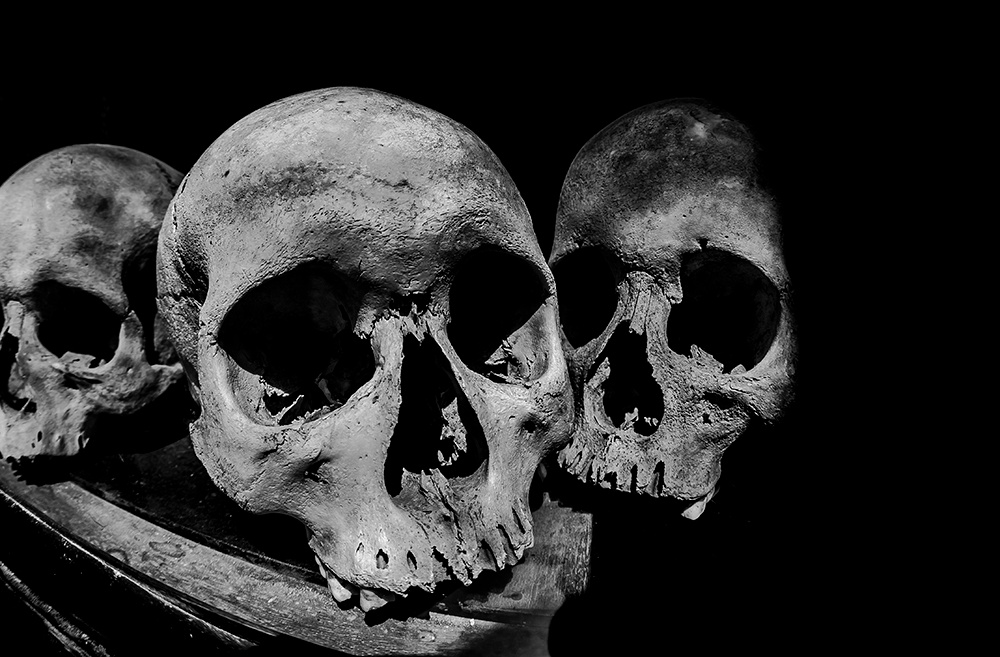 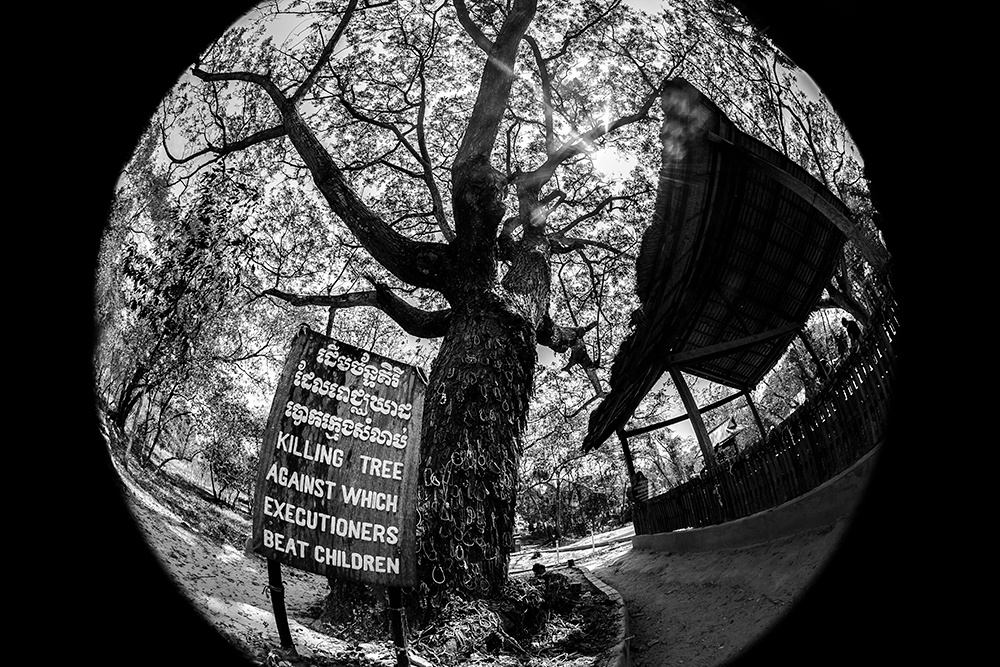