When you look in the mirror, do you ever ponder what came before you, do you think of the closeness you have with your fellow primates. We humans tend to think we are the greater species, but we also fail to grasp the power we as humans possess. I took this photo in Taronga Zoo in Sydney, for me it was enchanting. I was transfixed on what I was seeing, looking into the eyes and the eyes looking back at me, felt somewhat connected to this being, this primate. The human like qualities, the closeness, and the essence of humanity looking at each other. What’s even more striking is that we humans are about 98 percent identical on a genetic level to gorillas. It’s hard not to be in awe of such striking similarities that we both have. The soul is somewhat moved. Leader’s talk of a world where they are joined in unity for the greater good of mankind, but in reality the world we occupy is divided and fractured, due to no fault but our own, we humans caused this. I want this photo to remind people of where we came from but more importantly where we are heading. I could have easily said I took this in the wild forests of Uganda but I didn't, I took this in a Zoo in a country in which Gorillas aren't indigenous there. The world is an amazing place, if only we allowed it to stay that way.

I’ve taken thousands of photos and there are some that truly move me and affect me on a level unlike any other. This is one such photo 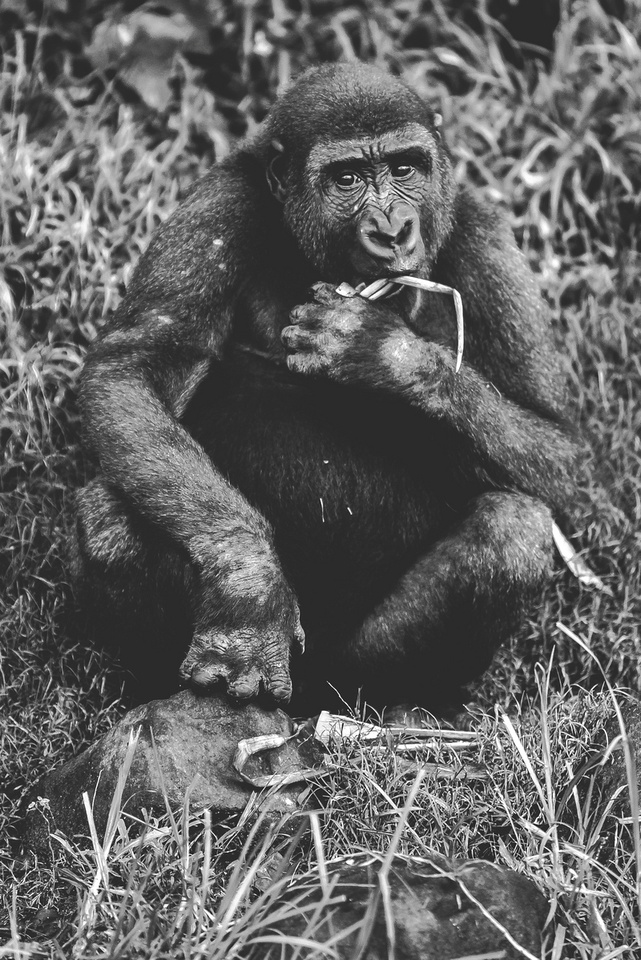